Weather in Delhi: For Friday, the Indian Meteorological has predicted generally cloudy sky with light rain or drizzle. 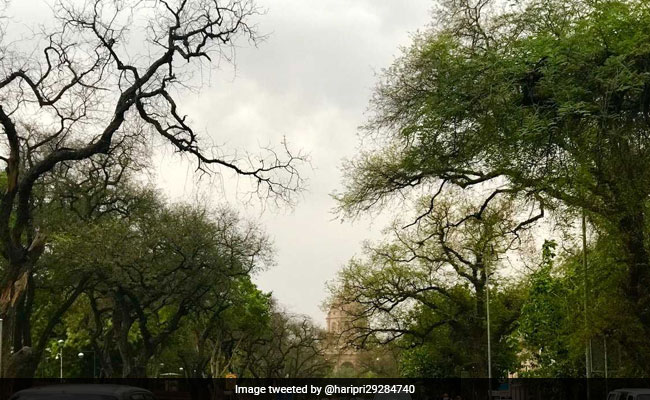 Delhi weather: Residents posted photos on Twitter from different parts of the city.

People in Delhi and adjoining areas got some respite from the sweltering heat today after dust storm accompanied by lightning and rain brought the temperatures down late in the afternoon.

The national capital experienced intense heat in the afternoon, recording a high of 41 degrees Celsius. The city's meteorological station (Met) recorded the minimum temperature at 25.8 degrees Celsius. The humidity levels oscillated between 28 and 57 per cent, a weather official said.

The temperature was brought down to 35 degrees Celsius after squall and drizzle.

Delhi weather has seen temperatures soaring to the mid-40s over the last few days. On Tuesday, Palam recorded a sizzling high of 45.3 degrees Celsius, equalling the record high of April 25, 1970.

Meanwhile, Cyclone Fani is expected to make landfall tomorrow afternoon in Odisha. The Indian Meteorological coast. Evacuations have started on a war footing in the coastal districts. Department has warned of very heavy rainfall, "phenomenal sea conditions" and winds up to 175 km/hr when the cyclone makes landfall south of Puri.