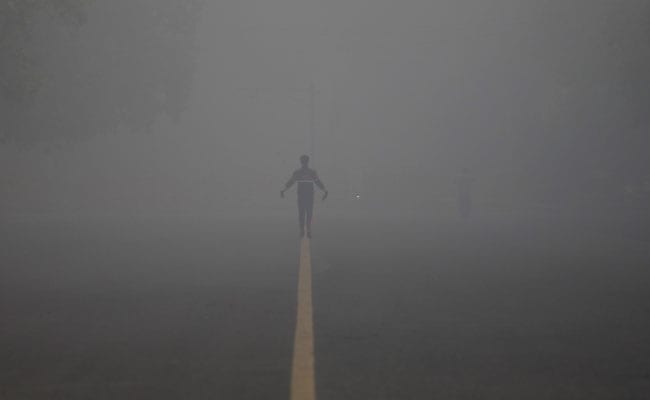 Delhi Weather: "A partly cloudy sky during the day is predicted," a weather department official said

The maximum temperature in Delhi settled at 21.9 degrees Celsius, two notches below the season's average.

The minimum temperature was recorded at 10.5 degrees Celsius, one notch below normal.

"While the Safdarjung observatory recorded moderate fog with the visibility of 250 metre, the fog was dense in Palam area as the observatory there recorded visibility at zero metre," a Met official said.

The humidity oscillated between 100 and 58 per cent, the official said.

The weatherman has predicted moderate to dense fog on Monday morning.

"On Monday, a partly cloudy sky with strong surface wind during day is predicted, with a possibility of very light rain with thunderstorm likely towards afternoon/evening," the official said.