Delhi Air Quality: Due to the local incursion of smoke, the pollution levels over Delhi and the National Capital Region have increased. 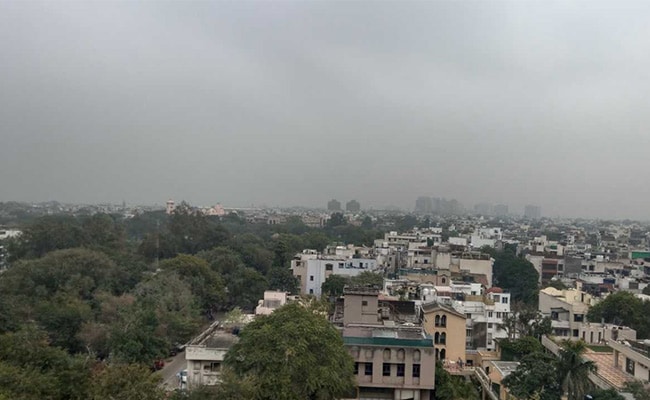 Delhi weather: Dry weather to continue for couple of days with cool winds.

After several days of cloudy weather, the national capital on Wednesday had clear skies but chilly winds blew over Delhi and its adjoining areas with no rainfall.

Shallow fog is expected on Thursday and there is a possibility of development of lightning the day after, the MeT department said.

"Since the last 48 hours, Delhi and its adjoining areas such as Noida, Gurugram, Faridabad and Ghaziabad have been observing dry weather with mainly clear sky conditions. Cold winds from northwest direction are also persisting over the region. This weather is expected to prevail in Delhi- NCR for next three to four days," Skymet, a private weather forecasting agency said.

Due to the local incursion of smoke, the pollution levels over Delhi and the National Capital Region have increased and currently, the Air Quality Index over most parts of the region is under “moderate category”, SAFAR said.

"Pollution levels are expected to increase further over few parts of the national capital region," it said.

The India Meteorological Department (IMD) said that there are chances of western disturbances in the northern parts of India but that would not make much impact in the national capital.

"There are chances of light rainfall or drizzles in the city on March 8 but it won't last," an India Meteorological Department official told news agency IANS.

(With Inputs From IANS, ANI)