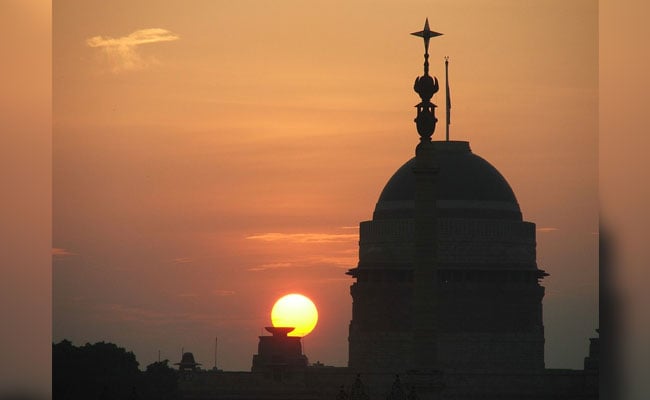 Delhi reeled under heatwave conditions in the last week of May. (File)

A dust storm in Delhi on Thursday evening brought respite for residents from scorching heat, with the mercury dropping several notches.

Delhi reeled under heatwave conditions in the last week of May, though maximum temperatures declined slightly due to the easterly and southeasterly winds in northwest India from June 1.

However, the mercury rose again over the last two-three days due to the continuous dry spell in the region, according to Skymet Weather.

Earlier on Thursday, the Safdarjung Observatory recorded a high of 43.9 degrees Celsius and a low of 28.6 degrees Celsius. Humidity levels oscillated between 19 and 66 per cent.

In large areas, a heatwave is declared when the mercury touches the 45-degree mark for two consecutive days and a severe heatwave is when the temperature soars to 47 degrees Celsius for two days on the trot, an IMD official said.

In small areas, like the national capital, a heatwave is declared if the maximum temperature is recorded at 45 degrees Celsius even for a day, he said.

The weather man has forecast partly cloudy skies and heat wave conditions at isolated pockets in the city on Friday. Maximum and minimum temperatures will hover around 44 and 28 degrees Celsius, respectively.