Delhi Weather News: The relative humidity was recorded at 68 per cent in the evening, according to the India Meteorological Department. 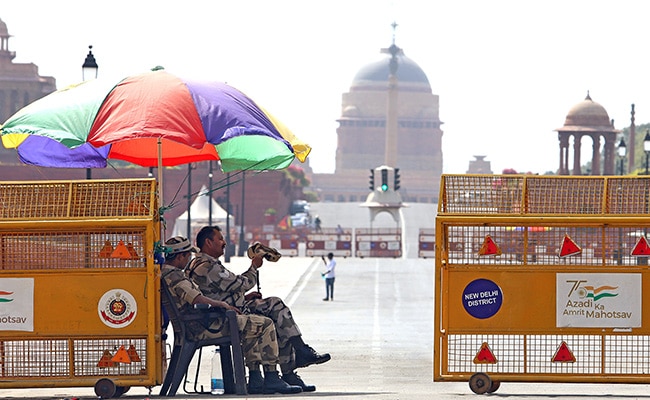 Delhi Weather: The maximum temperature was recorded at 33.6 degrees Celsius.

The mercury in the national capital dropped by a few notches on Tuesday to settle at 33.6 degree Celsius, even as the weather office predicted light rain the next day.

The relative humidity was recorded at 68 per cent in the evening, according to the India Meteorological Department.

The minimum and maximum temperature readings on Wednesday are likely to settle at 26 degrees Celsius and 33 degrees Celsius respectively with a generally cloudy sky with light rain forecast, according to IMD.  The air quality index (AQI) of Delhi was recorded in 'satisfactory' (67) category around 7:30 PM, data from CPCB showed.