Delhi and its adjoining areas woke up to a thick blanket of fog on Monday morning, hitting air and railway traffic. 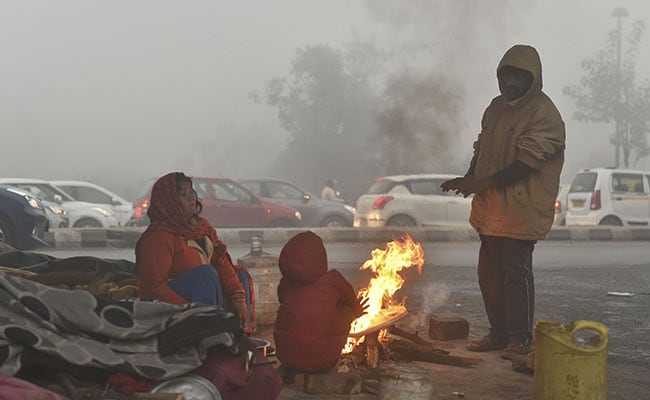 The day temperature in Delhi in December has fallen to its lowest level in 119 years on Monday, making it the coldest day since 1901, weather agency India Meteorological Department has announced.

Kuldeep Srivastava, head of the regional weather forecasting centre, said that the day temperature was almost half of what is considered normal. "Today was the coldest day recorded for the month of December," Mr Srivastava was quoted by news agency PTI as saying.

Delhi is witnessing unusually low temperatures this winter. Last week, the minimum temperature was recorded to be 2.4 degree Celsius. The weather office has said this year would be the harshest winter in decades.

"Delhi is likely to record its most coldest day today in last 119 year for December Month as day temperature till 1430 Indian Standard Time today has been unusually following a coldest trend, with Safdarjung's temperature being 9.4 degree and Palam's was 9 degree Celsius.

#DelhiWeather
Delhi likely to record most coldest day today in last 119 year for Dec Month as day temp till 1430 IST of today has been unusually following a coldest trend with Safdarjung at 1430 IST has 09.4degC pic.twitter.com/FI0mziR0RS

Delhi and its adjoining areas woke up to a thick blanket of fog on Monday morning, hitting air and railway traffic. As many as 21 Delhi-bound planes had to be diverted, several got delayed and six were cancelled. Around 30 trains are also running late.