The SAD legislator had retweeted a picture of a white Duster car on July 15 that had on display "Son of MLA" and he claimed that it belonged to the Delhi Speaker's son. 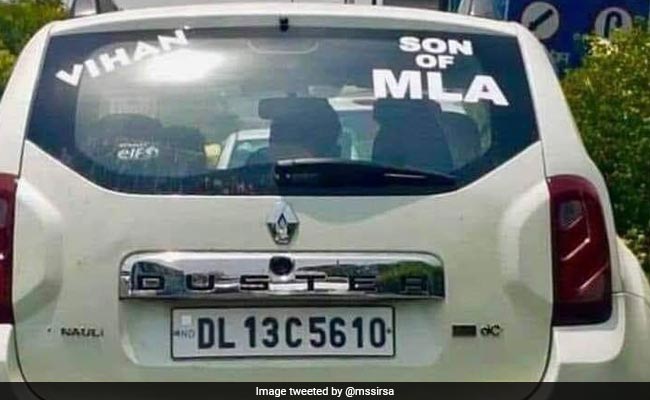 The Akali Dal legislator had retweeted a picture of a white Duster car on July 15 with a sticker "Son of MLA" on it and had claimed that it belonged to the Speaker's son.

Rejecting Manjinder Singh Sirsa's claim, the Speaker has sought a written apology within seven days and has threatened to sue him for defamation if he doesn't.

The notice that was sent to Mr Sirsa by Mr Goel's lawyer stated, "The car does not belong to my client's son. The false and defamatory allegations and statements have damaged the reputation of my client."

(With input from ANI and PTI)