The Delhi government's directive to schools to sensitise parents on the issue comes after incidents in which the life of students was put in danger by private vehicles due to non-adherence of motor vehicles laws. 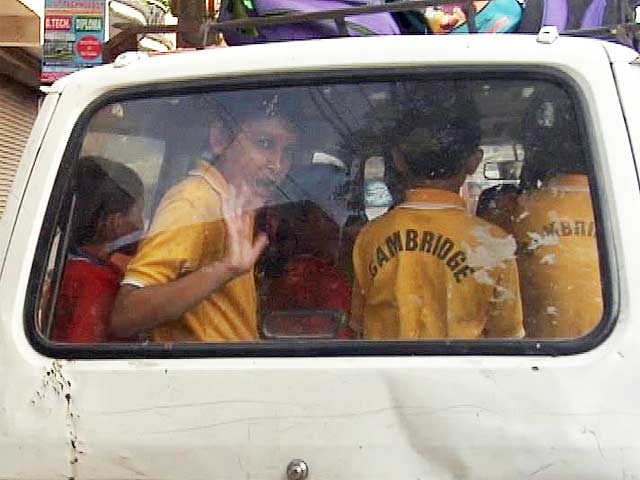 The Delhi government has directed all schools in Delhi to discourage parents from hiring private vans to ferry their wards, claiming that most of these vehicles operate illegally and pose a threat to safety of children.

The government's directive to schools to sensitise parents on the issue comes after incidents in which the life of students was put in danger by private vehicles due to non-adherence of motor vehicles laws.

The first two modes of transport are easy to monitor and it has been observed that the operators, generally, follow the guidelines regarding transportation and safety of school children under the Delhi Motor Vehicles Rules, 1993, it said.

However, the DoE said, "A majority of private vehicles hired by parents themselves are observed to be operating illegally without taking adequate safeguards towards the safety of school children, thus jeopardising the lives of young school children using this form of transport."

The directorate further observed that "most of these vehicles are overloaded and are piled dangerously and (are driven) recklessly at great speeds in utter disregard to traffic rules and regulations."

"There have been numerous instances of fatal accidents involving these illegal vehicles wherein young school going children have lost their lives," it said.

The schools have been asked to sensitise parents during Parent Teacher Meetings (PTMs) and use other interactive forums for the purpose.

"Parents must be asked to make use of safe transport provided by the schools and abstain from sending their children in illegal school vans/cabs which can prove dangerous or fatal owing to non-adherence of motor vehicles law," DoE said.

The Delhi Government had last year formed a high-level committee comprising DoE, transport department and police officials, school principals and other stake holders to put forward guidelines to ensure safety of students in schools as well as during their transportation to and fro schools.

The committee was formed in the wake of the murder of a seven-year-old boy in Ryan International School, Gurgaon, and alleged rape of a five-year-old in a school in Shahdara.