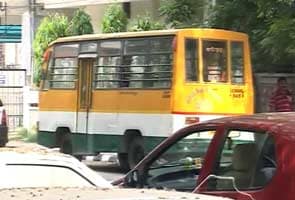 A case under Sections 10 and 12 of Protection of Children from Sexual Offences (POCSO) Act has been registered against them. Investigations have so far revealed that the duo hadn't sexually assaulted anyone, said the police. They lived in Kotla Mubarakpur area in south Delhi.

Promoted
Listen to the latest songs, only on JioSaavn.com
According to the police, the accused used to show clips to a few children on the bus. Others had complained about this to their teachers. The police said they have seized the mobile phones of the accused.