Delhi says air 'not as bad' as Beijing after smog scrutiny 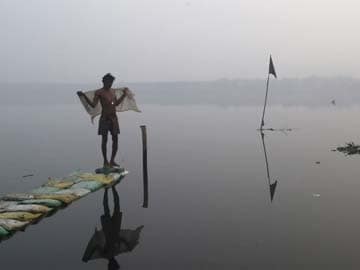 New Delhi: India's air monitoring centre denied on Wednesday that pollution in New Delhi was worse than in Beijing, following scrutiny of the capital's winter smog, which shrouds the city each year.

A report in the New York Times last week and fresh research by scientists at Yale University suggested Delhi's air was more harmful than Beijing's, where concerns about the health impact of pollution are growing.

"I am amazed to read such reports because Delhi air quality, especially in winter, is very poor but certainly not as bad as in Beijing," Gufran Beig, from the state-run System of Air Quality Weather Forecasting and Research (SAFAR), told AFP.

The New York Times meanwhile examined pollution figures collected from one monitoring centre in the first three weeks of this year, which found on average the daily peak figure over the period was 473 micrograms per cubic metre.

This was twice as high of an equivalent figure in Beijing, the newspaper said.

Beig said that a better measurement of Delhi's air would be the 24-hour average of PM2.5 pollution taken from nine air quality monitoring stations spread around the capital.

This showed that PM2.5 never crossed 250 -- although this is still 10 times the limit proposed by the World Health Organisation.

China's capital was shrouded in thick smog between January 16-18 with the count of small particulate pollution reaching 650, more than 25 times recommended levels.

Pollution in China has been linked to hundreds of thousands of premature deaths, and has tarnished the image of its cities including Beijing, which saw a 10 percent drop in tourist visits during the first 11 months of 2013.

Because PM2.5 particles are very small in size, they can easily enter the body and interfere with the functioning of the lungs.

They are also associated with increased rates of chronic bronchitis, lung cancer and heart diseases.

Promoted
Listen to the latest songs, only on JioSaavn.com
A World Bank report last year which surveyed 132 countries ranked India 126th for environmental performance and last for air pollution.

In Delhi "Patriotism Budget", Singapore-Level Per Capita Income By 2047: 10 Points