Rain Brings Down Temperatures In Delhi, Parts Of Haryana

Delhi weather today: Delhi has in the past few days got some respite from the scorching heat after receiving some rainfall for some days. Winds have also helped bring the temperatures down. 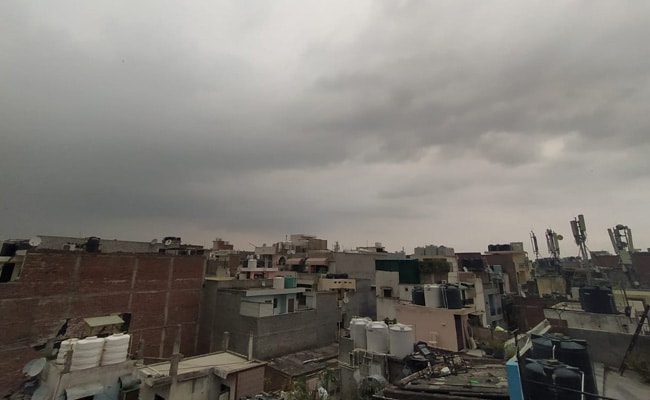 Delhi and several nearby areas received light to moderate rainfall this evening bringing temperatures down. The weather department had predicted thunderstorm and rain in Delhi, Gurugram, Faridabad and many parts of Haryana earlier today.

The India Meteorological Department in a tweet said thunderstorm with rain and wind speed 20-40 kmph would occur over adjoining areas of Delhi during the next two hours.

"Light intensity rain would occur over and adjoining areas of Kaithal (Haryana), Roorkee (Uttarakhand), Ballabhgarh (Haryana), isolated places of Delhi during next 2 hours," the Met department stated in its Weather Warning Bulletin.

Delhi has in the past few days got some respite from the scorching heat after receiving some rainfall for some days. Winds have also helped bring the temperatures down.

Gusty winds along with thunder and lightning hit Delhi as the sky was overcast with dark clouds. It soon started to pour and an overjoyed social media started posting photos and videos.

A heatwave is not expected to return to Delhi before June 8, the weather department had said on Thursday.

Kuldeep Srivastava, head of the IMD's regional forecasting centre, told news agency PTI the effect of the current western disturbance will continue till June 8, restricting the mercury below the 40 degrees Celsius-mark.