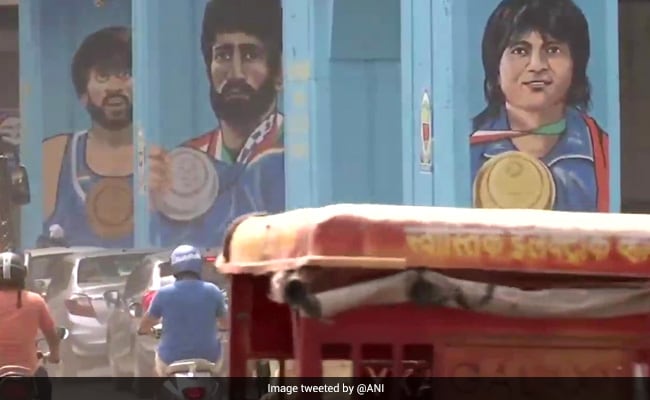 This graffiti have become the centre of attention on the Delhi street.

In a tribute to the Tokyo Olympics medal winners from India, the walls near the Pitampura Metro Station in the national capital are adorned with graffiti depicting the sportspersons.

The initiative has been taken by North Delhi Municipal Corporation (NDMC).

This graffiti have become the centre of attention on the vivacious Delhi street. Bystanders are appreciating the initiative. Many believe that this graffiti will inspire the youth and encourage the sportspersons.

"The graffiti are very beautiful. The players brought laurels for the country. We are proud of them that they won gold, silver and bronze medals in Olympics. This will encourage the youth to take sports as career and win more medals for the country," Akhilesh Pandey, an auto driver told ANI.

India recorded its best-ever medal haul at the recently concluded Olympics by bagging a total of seven medals - one Gold, two silver, and four bronze.