14-Year-Old Among Those Missing After Delhi Factory Fire

Distraught family members and friends of the factory workers rushed to hospitals for any word on them. 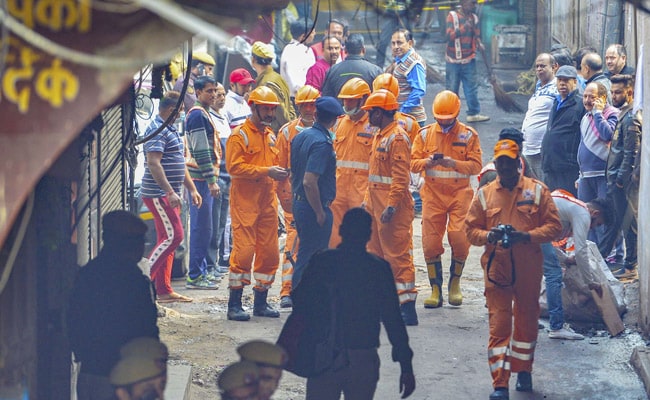 Wajid Ali sank down to the floor in front of the mortuary at a hospital after seeing the body of his young cousin and learning that his two brothers are missing after the massive fire at a luggage factory in North Delhi's Anaj Mandi area that left 43 people dead.

He rushed from one hospital to another looking for his family members, only to find his cousin's body at the Lady Hardinge Medical College and Hospital.

Ten factory workers were brought to the hospital in central Delhi. Nine of them have died and one is in ICU.

At the hospital, people were frantically looking for two teenagers (14 and 13) who were in the factory when the fire broke out. Their relatives were later informed at the 13-year-old had died.

Cries of inconsolable family members filled the air in the morgue. Wajid Ali nearly fainted after emerging from the room.

The fire, that killed 43 people, brought back tragic memories of the Uphaar cinema hall blaze in 1997.

"This is perhaps the biggest tragedy of this nature after the Uphaar mishap," Union minister Hardeep Singh Puri told reporters. He met the victims' families at the two hospitals after visiting the accident site.

Police and fire department officials said most of the factory workers suffocated. Many were sleeping when the fire started around 5 am. The building did not have fire safety clearance.