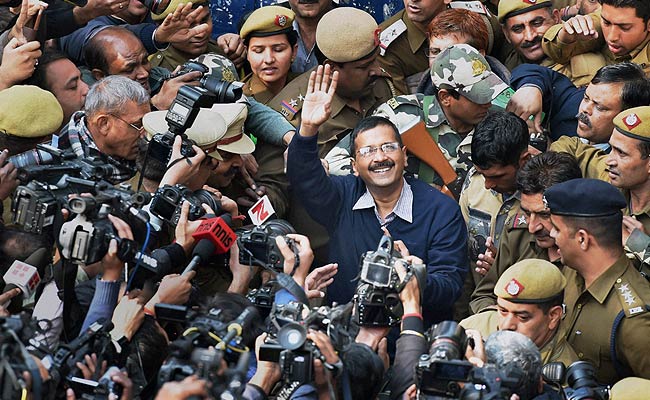 After Arvind Kejirwal alleged on Twitter that it was taking so long to vote that people were heading back home, Chief Election Commissioner HS Brahma said that is not correct.

"Voter turnout was low in the morning because it was cold; by 1 pm, it was 35%.  We expect it to hit 65-70%," said the top election official to NDTV on a day when Delhi is deciding its next government.

Mr Kejriwal, leader of the Aam Admi Party (AAP), is running for Chief Minister.   At 1:35 pm, he tweeted, "Polling slowed down in many places. Long queues. Its taking 2 hrs in some places. Voters returning."    He also alleged that election officials at polling centres were taking lunch breaks, which was adding to the delays.

The Chief Election Commissioner said he had examined those complaints and has instructed his team to ensure that "no voter has to wait in line for more than 35-40 minutes."

Promoted
Listen to the latest songs, only on JioSaavn.com
The official also said that so far, there is no move to extend voting hours beyond 6 pm.  "Anyone who is in line by 6 pm will be allowed to vote," he said.