Delhi earthquake: Several people in Delhi and adjoining areas ran to Twitter to confirm if others in the region felt the tremors too 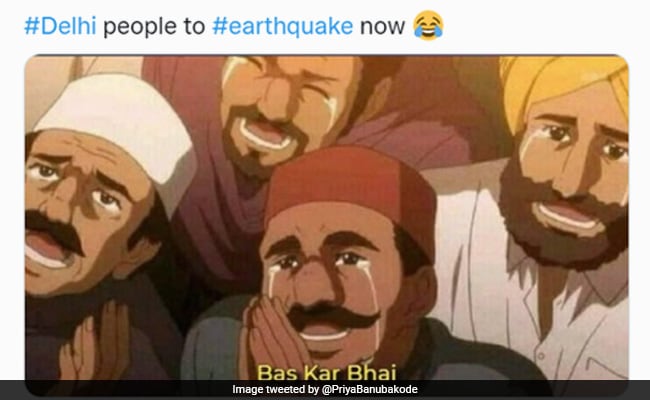 Delhi and adjoining areas felt strong tremors today evening, the second such earthquake in the region. The tremors lasted for nearly 5 seconds and prompted many to rush out of their houses and offices.

But there were others who ran to Twitter to confirm if others in the region felt the tremors too. Some Twitter users put their creativity to good use and shared jokes and memes.

Here are some of the funniest memes on the Delhi earthquake:

People running towards twitter to confirm wheather it's earthquake or not...#earthquake#delhincrpic.twitter.com/SA2r2T8eve

Delhiite: I won't die of pollution if I stay home

*Me who literally hasn't recovered from the previous earthquake in Delhi.#earthquakepic.twitter.com/bba1yFR4LZ

2nd earthquake in Delhi and everyone comes on Twitter to check 😂 pic.twitter.com/7x3QqG5DP5

Earlier, on Tuesday night, strong tremors were felt in Delhi around 2 am after a 6.3-magnitude quake struck in Nepal. The depth of that earthquake was about 10 km, according to the National Center for Seismology. Six persons were killed and eight others injured in Nepal.