Customs officials found over 3,900 grams of the drug MDMA, commonly known as "ecstasy" 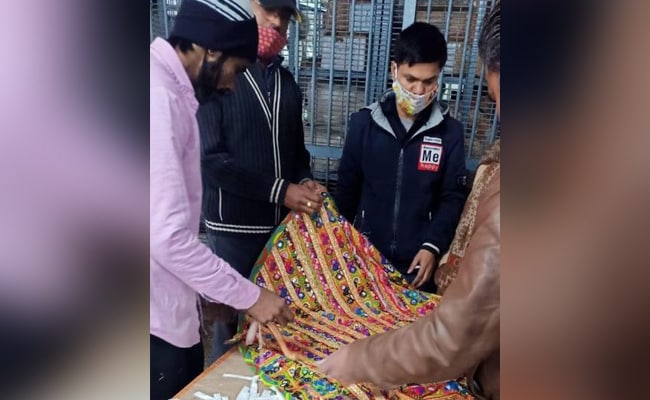 It was a consignment of lehengas like no other. Hidden within the intricate work of the colourful, traditional cloth were drugs whose street price has been estimated at Rs 1.7 crore, according to customs officials.

The lehengas were found inside a consignment that was being sent to Australia. Customs officials at the foreign post office (PFO) in Delhi based on intelligence inputs opened the consignment.

They found over 3,900 grams of the drug MDMA, commonly known as "ecstasy". These were found concealed in the intricate work on lehengas, officials said.

MDMA is a synthetic drug that is chemically similar to both stimulants and hallucinogens, which can lead to liver, kidney and heart failure or death.

In another catch, customs officials in Delhi seized over 60 lakh sticks of imported cigarettes worth Rs 6 crore.