"In a democracy, there is no place for violence. The voting power shall be used in the right manner and ballot should dominate bullets," said Anurag Thakur. 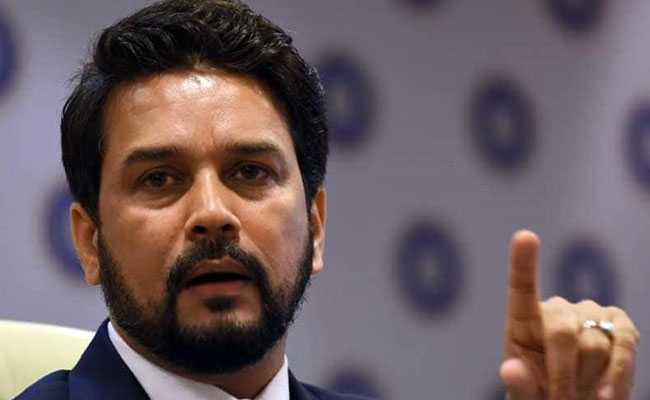 Anurag Thakur said AAP leaders have joined the BJP for giving pace to development in Delhi.

Just days before Delhi polls, Minister of State for Finance Minister Anurag Thakur on Monday said there is no place for ''violence in democracy'' and people should use their voting power in a manner that ''ballot should dominate bullets''.

"In a democracy, there is no place for violence. The voting power shall be used in the right manner and ballot should dominate bullets," said Mr Thakur while speaking to ANI.

On January 31, the Councillor of Jawaharlal Nehru University Students' Union, Vishnu Prasad K had filed a complaint with the police against BJP leader Anurag Thakur for making a controversial remark during a speech in Delhi.The Minister had raised slogans ''Desh ke Gaddaron ko,'' to which the public responded with ''Goli Maro... ,'' (shoot the traitors) during a public meeting in Rithala on January 27.

Dismissing the allegations that BJP wants to postpone Assembly polls in the national capital, Mr Thakur said: "If we wanted to postpone elections then today large numbers of AAP leaders would not have joined BJP. They have joined the BJP for giving pace to development in Delhi."

The BJP leader further cornered AAP stating that it has failed to provide potable drinking water to Delhi citizens and delayed metro by 5 years.

He also said, "Kejriwal should stop feeding biryani to the protestors of Shaheen Bagh", who have been agitation against Citizenship Amendment Act.

The voting in all 70 Assembly constituencies of Delhi is slated to be held on February 8. The counting of votes will take place on February 11.