Delhi Alcohol Delivery: The order made it clear that only holders of L-13 licence will be allowed to carry out home deliveries, and not every liquor outlet in the city. 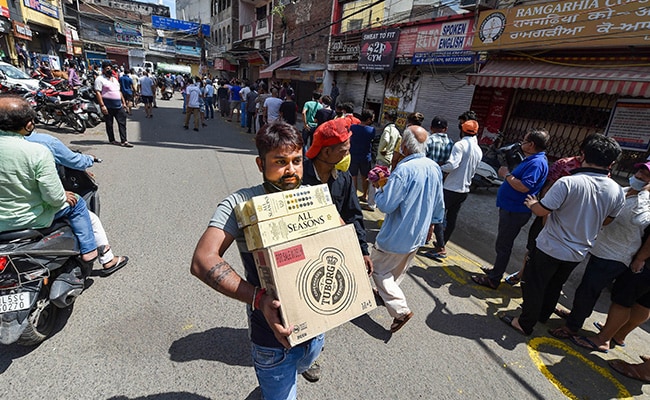 Delhi Liquor Delivery: Maharashtra, Karnataka are among states where home delivery of liquor is allowed

The Delhi government has allowed the home delivery of liquor through mobile apps or websites under the amended excise rules governing the trade of alcohol in the national capital.

"The licensee shall make delivery of liquor at the residences only if order is received through mobile app or online web portal and no delivery shall be made to any hostel, office and institution," read the government notification.

However, the order made it clear that only holders of L-13 licence will be allowed to carry out home deliveries, and not every liquor outlet in the city.

The rules also permit the holders of the necessary licences to serve liquor in open spaces such as terraces, the courtyards of clubs, bars and restaurants.

The provision to home deliver liquor was there in excise policy of 2010 as well, but a request could be made only through fax or email. However, the exercise never took off.

The national capital, which has started the process of 'unlocking', went into lockdown on April 19 and has been reporting a significant dip in COVID-19 cases. Chief Minister Arvind Kejriwal has made it clear that 'unlocking' Delhi will be a gradual process. The lockdown period was extended till June 7.

Ahead of the first lockdown announcement, large queues were seen at several liquor stores in the city as people raced to stock up on alcohol.

Announcing a new liquor policy in March, Deputy Chief Minister Manish Sisodia said the legal age for drinking in Delhi has been brought down from 25 to 21, a move aimed at shoring up annual excise revenue.

Mr Sisodia also said the Delhi government will not run liquor stores, adding that no new liquor shops will be opened in the national capital.

When the the third phase of nationwide lockdown began last year, the Delhi government allowed the sale of liquor but imposed the "special corona fee" on it. However, as the sale was affected, the government subsequently withdrew the fee within a month.

Chhattisgarh, Maharashtra, Karnataka, Punjab, Jharkhand, Odisha are among states where home delivery of liquor is allowed.

Last year the Supreme Court had advised the states to consider home delivery of liquor to maintain social distancing after visuals emerged of people crowding outside alcohol shops in violation of Covid protocols.