The overall Air Quality Index (AQI) of Delhi stood at 440, which falls in the hazardous category. 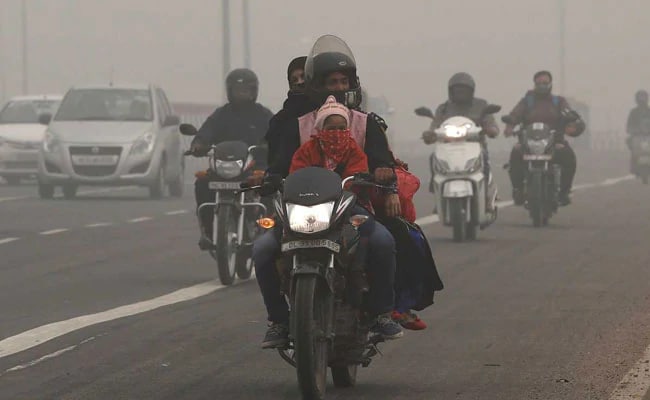 The Central Pollution Control Board induced artificial rain to wash away hazardous pollutants.

With seasonal crop residue burning, industrial and vehicle emissions and calm winds persisting, a thick layer of toxic smog settled over the national capital on Saturday.

The overall Air Quality Index (AQI) of Delhi stood at 440 with Particulate Matter (PM) 10, which falls under the 'hazardous' category, said System of Air Quality and Weather Forecasting and Research (SAFAR).

Worried about the situation in the capital, medical practitioners have advised people suffering from breathing difficulties to avoid outdoor activities. They have also recommended people to use masks whenever they step out of their houses.

Each year, farmers residing in the neighbouring states of Delhi are blamed for making the air toxic by burning stubble. This year, too, they are continuing to carry out this activity despite the state government imposing a ban of Rs 2500 per acre.

Last year, 50 per cent subsidy was given to farmers willing to buy happy seeders but reportedly, the same year, the cost of machines increased from Rs 90,000 to Rs 1, 70,000, making it difficult for them to procure the new machinery.

SAFAR said the national capital's air quality depends on the wind for the next couple of days. "Delhi Air Quality has improved significantly since November 8 but the recovery is slow due to low surface wind speed and it continued to be in the Severe category. As per the satellite, heavy fire counts were recorded in the last 24 hour but presently the contribution of stubble fire emissions is marginal as upper winds are Northerly."

Rising vehicular emission is also seen as a major contributor to air pollution in Delhi NCR. According to a report by the Ministry Of Earth Sciences (MoES), emissions from transport and industrial sectors have gone up by 40 per cent and 48 per cent, respectively. Surprisingly, windblown dust, which is often blamed for pollution in Delhi, reduced by 26 per cent between 2010 and 2018.

"Only Delhi has over 10 million vehicles and the number is going up every year. Of the total vehicular pollution, 40 per cent to 45 per cent comes from two-wheelers and another 30 per cent to-35 per cent from four-wheelers," the Ministry Of Earth Sciences report further stated.

The local administration has enacted emergency measures in order to curb the menace of air pollution. Officials deployed across the capital halted construction activity for a couple of weeks, restricted vehicle traffic around the city and have halted operations of industries using coal and biomass as fuel between November 1 and November 10.

The Central Pollution Control Board (CPCB) induced artificial rain in polluted areas to wash away hazardous pollutants that are deteriorating the air quality.