According to the experts from Supreme Court-appointed Environment Pollution Control Authority (EPCA), the air quality in Delhi may deteriorate further as fog formation is likely due to drop in temperature and lowering of wind speed towards November 23 and 24. 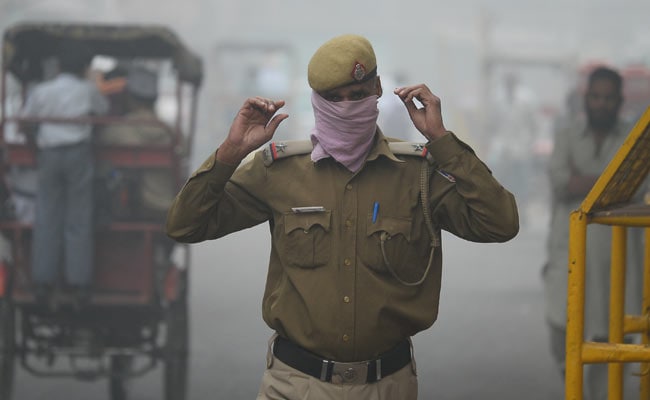 The average PM2.5 in Delhi-NCR according to SAFAR was recorded at 146 on Tuesday

According to the experts from Supreme Court-appointed Environment Pollution Control Authority (EPCA), the air quality may deteriorate further as fog formation is likely due to drop in temperature and lowering of wind speed towards November 23 and 24.

"Met has predicted that temperature and the wind speed will drop due to which their will be fog in the region. This may increase the air pollution, however the air quality will not reach the severe plus or emergency levels," Usman Naseem, researcher at the Centre for Science and Environment and member of the EPCA, told IANS.

Punjabi Bagh in west Delhi recorded "severe" air quality while all remaining 21 stations recorded "very poor" AQI at 7 p.m. The monitoring agencies however abstained from proving the hourly index values of AQI, rather proving only concentration of the major pollutant PM2.5 and PM10, or particles with diameter less than 2.5 and 10 micrometers.

"External emissions do have the impact on the air quality though it's difficult to access the percentage," A Sudhakar, Member Secretary of the CPCB, told IANS.

According to the System of Air Quality and Weather Forecasting and Research (SAFAR), the air quality of Delhi-NCR is likely to worsen over the next three days, with share of average PM2.5 set to increase from 154 on Wednesday to 163 on Thursday and 183 after three days. The average PM2.5 in Delhi-NCR according to SAFAR was recorded at 146 on Tuesday.

As per SAFAR, all its nine active monitoring station including Dhirpur, Pitampura, Delhi University in north Delhi, Pusa and Lodhi Road in central Delhi, Mathura Road, Ayanagar in south Delhi, Noida and Gurugram had PM2.5 readings ranging between 307 to 344.

Promoted
Listen to the latest songs, only on JioSaavn.com
Meanwhile, satellite images from the National Aeronautics and Space Administration (NASA) on Tuesday showed further stepping up of stubble burning in parts of Haryana, Uttar Pradesh and almost all districts of Punjab.

This came even as the National Green Tribunal on Wednesday ordered the Delhi government and the neighbouring states to come out with a "definitive workable solution" against it. The green court also ordered the Union Agriculture Ministry to hold a meeting with the states including Punjab, Haryana, Uttar Pradesh and Rajashtan on the issue on November 28.

Delhi: Omicron Found In 97% Samples From Covid Victims From Jan To March