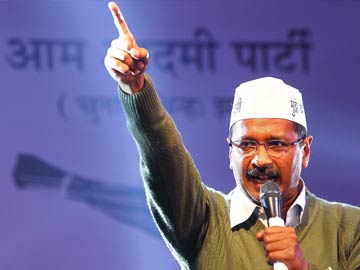 New Delhi: In a unique move, Aam Aadmi Party (AAP) today released the first 28 of its 70 constituency-level manifestos, which it claimed will act as a ready reference for party representatives to focus on problem areas.

Terming compilation of manifestos a "Herculean Task", Praveen Singh and Kishore Asthana, who were instrumental in compilation, said, "We had to filter from over 3,000 suggestions that we received during our meetings with the people in a constituency."

AAP's idea of coming out with 70 constituency-wise manifestos was also adopted by its rival BJP, which came out initially with a manifesto for Model Town Assembly constituency.

The party said people living in other cities might be thinking that Delhiites have access to all basic facilities but reality was different.

"Erratic water supply and lack of facility of discharge of waste water were the main problems of most of the areas. Apart from it, there were issues of liquor shops in residential areas, lack of street lights, public toilets and others," said AAP leader Yogendra Yadav.

The roadmap for the party's policy making was constituted at two levels - issues related to the city were discussed in the Delhi Manifesto, and local-level issues form the basis of constituency-level manifestos.

In order to understand the issues, AAP volunteers and members went to various localities in each constituencies and gathered information on a number of policy issues - public service provision, the state of housing, transport systems, employment, issues concerning minorities and others.

The findings from these background studies were used to develop sector-specific proposals which later came out as the city-level manifesto that was finally released on November 21.

On an average, about 20 meetings were conducted in every constituency.

Every effort was made to include a range of neighbourhood types - planned colonies, unauthorised areas, resettlement colonies, regularised, jhuggi clusters, and rural and urban areas, as well as sections of the society.

"Input from each meeting was compiled and mapped by our volunteer teams at the constituency level to understand the wide range of problems faced by the citizens of Delhi," the party said.

Promoted
Listen to the latest songs, only on JioSaavn.com
The analysis of findings from these meetings formed the basis of the constituency-level manifestos that were prepared by Aam Aadmi Party volunteers at the constituency level.