Raising slogans against former prime minister Rajiv Gandhi, the protesters garlanded the signboard with shoes and slippers and splashed black paint on the signboard. 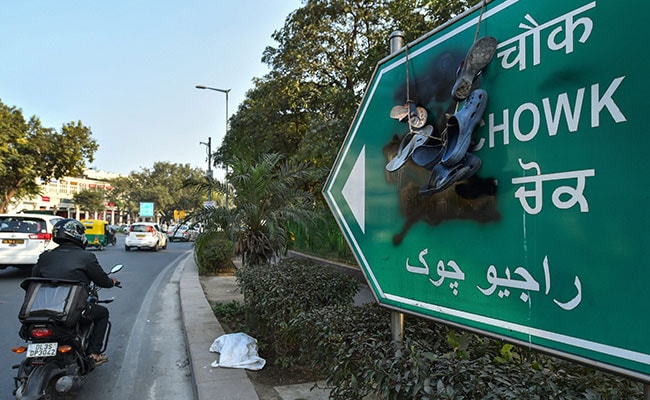 Survivors of the 1984 anti-Sikh riots on Wednesday demanded the renaming of Rajiv Chowk, previously known as Connaught Place, after revolutionary leader Shaheed Bhagat Singh, and sprayed black paint on a Rajiv Chowk signboard.

Raising slogans against former prime minister Rajiv Gandhi, the protesters garlanded the signboard with shoes and slippers and sprayed black paint on the signboard.

The incident comes a day after a statute of the late Prime Minister was vandalised in Ludhiana in Punjab by Akali Dal leaders.

Holding Rajiv Gandhi responsible for the 1984 riots, survivors of the 1984 riots demanded that the area be renamed as Shaheed Bhagat Singh Chowk.