In September 2016, two property dealers - Deepak Sharma and Rinku Diwan - had alleged that MLA Gulab Singh's associate Satish and Devender were extorting money from them. 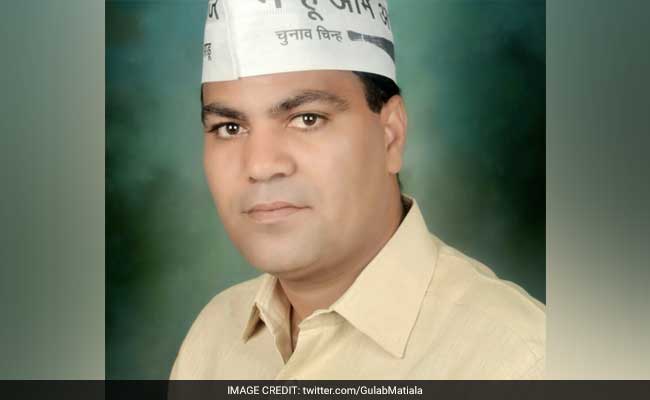 A Delhi court today took cognisance of a chargesheet filed the by Delhi Police against Aam Aadmi Party MLA Gulab Singh and others in connection with the 2016 alleged extortion case.

Additional Chief Metropolitan Magistrate Samar Vishal took cognisance on the chargesheet and handed over its copies to the accused persons who were present in the courtroom.

The court has now posted the matter for September 9 for further proceedings. Mr Singh is currently an MLA from Delhi's Matiala constituency.

The charge sheet was filed against them under sections of 384 (punishment for extortion), 387 (putting person in fear of death in order to extort) 201 (causing disappearance of evidence) 120B (criminal conspiracy) of IPC and relevant section of Arms Act.

In September 2016, two property dealers - Deepak Sharma and Rinku Diwan - had alleged that Mr Singh's associate Satish and Devender were extorting money from them.

Mr Singh was also arrested by Delhi Police from Gujarat in 2016 while he was on an election tour after a non-bailable warrant was issue against him by a Delhi court.