300 In Hospitals For Coronavirus Test, Many More Quarantined After Delhi Mosque Gathering

Delhi Coronavirus: This is the largest single group being tested at the same time over suspicion of the highly contagious COVID-19, which is transmitted easily from person to person. 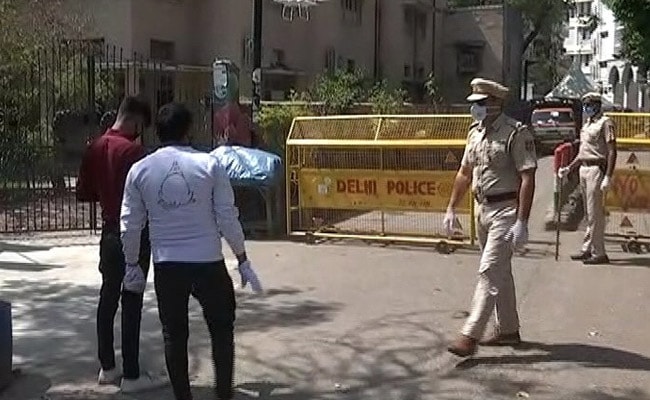 Around 2,000 people are in quarantine in the thickly-populated locality in south Delhi.

Over 300 people in Delhi have been taken to different hospitals to be tested for coronavirus after a gathering at a mosque that featured visitors from Malaysia, Indonesia, Saudi Arabia and Kyrgyzstan. One man has died and 10 more have tested positive for COVID-19 after attending the event earlier this month.

Worries of a large group getting the infection revolve around the gathering of Tableeghi Jamaat preachers at Alami Markaz Banglewali Masjid in Nizamuddin in mid-March before Prime Minister Narendra Modi announced a nationwide 21-day lockdown.

Authorities zeroed in on the shrine complex after it was found to be the common factor between a patient who died in Srinagar and 11 Indonesians who tested positive in Telangana. The police say they have been trying to convince the organisers to vacate the building since March 24.

There were over 1,200 people, mostly from south India, at the mosque, which is the centre for the Tableeghi Jamaat in the capital. A day after the March 22 Janata Curfew, before domestic flights were banned, the police escorted them to the airport.

But they returned, the police say, and now about 1,400 remain in the shrine complex in the thickly-populated locality in south Delhi. They are staying in a six-floor dormitory. According to the police, 280 are foreigners.

Delhi Police has reported the potentially grave situation to the home ministry, the sources say. The Delhi government has asked the police to file a First Information Report or FIR against the chief cleric of the mosque.

Though it has not been established that the man who died in Delhi - he was from Tamil Nadu - had coronavirus, the area has been sealed and the police are patrolling to ensure no one violates quarantine. Drones are being used to monitor the movement of people.

Worryingly, many of the visitors travelled all over India after the event. After the gathering, they dispersed in 20-30 buses.

The religious preacher who died last week in Srinagar had visited the Deoband seminary in Uttar Pradesh before returning to Kashmir. A man who tested positive in Andhra Pradesh is also connected to this event.

Officials say contact-tracing is on to identify other virus-exposed persons in Delhi, Srinagar and Deoband.

In the worst-case scenario, this could lead to a huge jump in coronavirus cases in Delhi. There are close to 1,100 cases in the country, including 29 deaths.