More than 2,000 people were evacuated from the Nizamuddin Markaz this week following a religious congregation that took place last month. 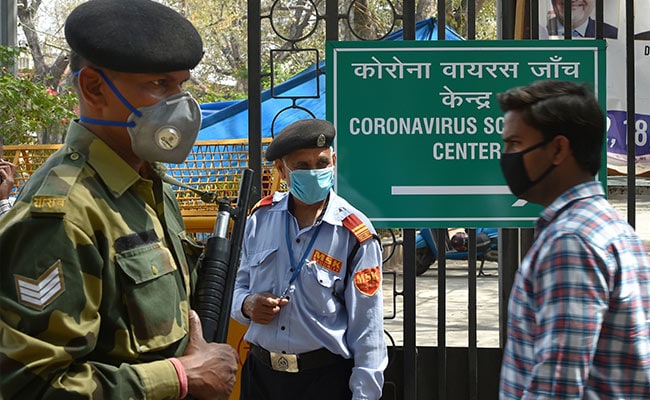 Coronavirus: The Delhi government has asked for extra security at hospitals.

The Delhi government has asked the police to provide extra security to hospitals and quarantine centres where hundreds of people evacuated from the religious centre in the city's Nizamuddin area that has become the biggest hotspot for the spread of coronavirus in India.

Many of those evacuated from the Markaz or headquarters of the Tablighi Jamaat, an Islamic missionary movement, are not cooperating with authorities, the Delhi Health Secretary has written in a letter to the Delhi Police Commissioner.

Some are creating law and order problems and it is becoming very difficult for the medical staff to handle them, Health Secretary Padmini Singhala said, requesting adequate police security.

On Wednesday, a patient brought from the Markaz to the Delhi government's Rajiv Gandhi Super Specialty Hospital tried to commit suicide. The hospital staff, however, managed to stop the man in time, the Health Secretary said.

Two people who were kept at a quarantine centre in Narela tried to escape and were later arrested from Patparganj, she said.

More than 2,000 people were evacuated from the Nizamuddin Markaz this week following a religious congregation that took place last month with thousands of attendees in the middle of a global pandemic. Over 9,000 people linked to the Tablighi Jamaat including some 1,300 foreigners are in quarantine across the country.

While the organisers have said that many of the participants were stranded at the centre following the abrupt nationwide lockdown, they have been charged in a police case of defying the Delhi government's ban on large gatherings that came seven days before the lockdown.

The number of coronavirus cases went up to nearly 300 in the national capital on Thursday, with 141 new cases and two deaths reported in a day, according to the Delhi Health Department. Both the people who have died were evacuated from the Markaz.

The total number of 293 cases includes 182 people who took part in the Nizamuddin religious congregation last month. The number of deaths is now four.