The owner of the shop, Anis Malik, said he has given CCTV footage of the incident to the police and want action against the policemen who broke his shop. He is also expecting compensation 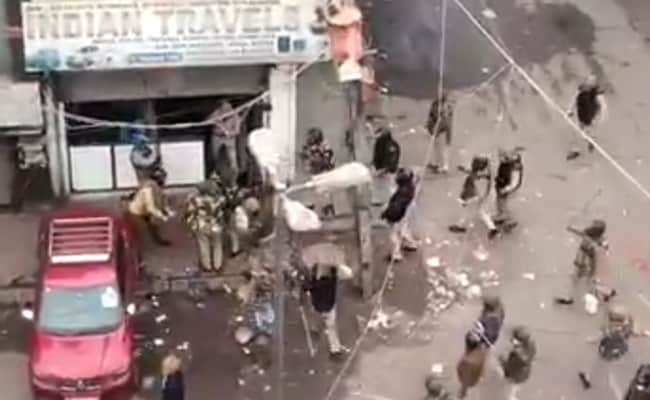 The owner of a travel agency in east Delhi's Seelampur has complained to the Delhi Police that his shop was damaged by policemen without any provocation while they were trying to control hundreds of protesters on Monday. Hundreds of people had come out on the streets in Seelampur in protest against the amended Citizenship Act. A police bus and a picket were set on fire by the protesters.

The owner of the shop, Anis Malik, said he has given CCTV footage of the incident to the police and expects compensation.

The front glass at the shop is shattered, the computers inside are broken and the telephone on the travel desk is smashed. Pieces of broken glass are scattered on the table.

"I was at my shop till 2 pm. Some policemen told me to close the shop and go home as the situation might escalate, and since I am differently abled it would be even more dangerous for me in the crowd," Mr Malik said. "I somehow got the shutters down, didn't lock it in a hurry and left. Later, I saw my shop has been vandalised. On seeing video clips, the policemen had opened the shutters and went about breaking everything," he said.

Mr Malik said two people were seen being thrashed by the policemen, but they were not protesters. "They work at the shop adjacent to mine," he said.

He said a senior officer at the local police station told him they would compensate him.

The protests over the amended Citizenship Act that seeks to fast-track the process of getting citizenship for non-Muslim religious persecuted minorities from Afghanistan, Pakistan and Bangladesh have spread to several towns and cities across the country, with the biggest protests seen in Assam and West Bengal.

The government has appealed for calm. Prime Minister Narendra Modi has asked students to debate in a civil manner and to stay away from violence.