Burari deaths: Delhi police filed a murder case after they found a 75-year-old woman in the family, whose body was found in the room, was strangled

Burari deaths: Delhi Police have filed a murder case after 11 members of a family found dead

A family of 11 were found dead at their home in north Delhi's Burari this morning. Ten of the people -- among whom were two teenagers and six women -- were found hanging in the courtyard. The body of another woman, a 77-year-old, was found in a room. She had been strangled. On the basis of ligature marks, the police have filed a case of murder. It is suspected that one member of the family killed the rest and then committed suicide. The police are investigating the possibility of the deaths being linked to occult practices.

The bodies were found hanging from an iron grill, blindfolded and mouths taped shut. Only the family dog was alive. That the dog did not bark reinforced the police suspicion of murder, sources said.  Also, the house was not ransacked. The women were found wearing gold jewellery, the police said.

During a search of the house, certain handwritten notes were found, which point to the observance of some definite "spiritual or mystical practices by the family," a communique from the police said in the evening. The notes spoke of how "the human body is temporary and one can overcome fear by covering their eyes and mouth," news agency Press Trust of India reported, quoting police officers. 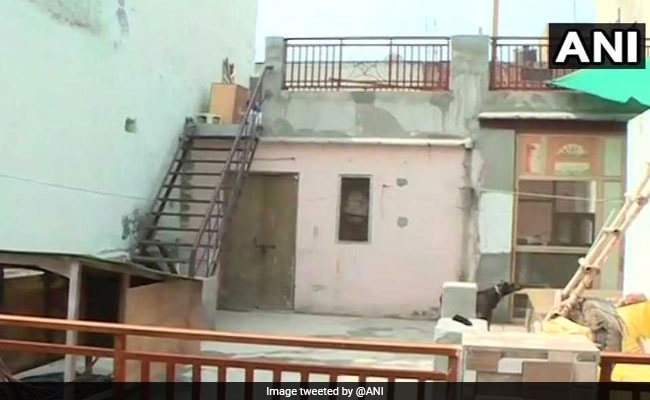 The house in Burari where 11 members of a family were found dead. A murder case has been filed

The Bhatia family, who are originally from Rajasthan, ran a grocery shop and plywood business a few steps from their double-storey home in Burari's Sant Nagar. They have been living in the area for the last two decades.

Every morning, their shop would open by 6, but the shutters remained closed till 7:30 am today, when a neighbour went to check on the family. Finding the door open, he went inside and discovered the bodies.

He informed the police, who rushed to the spot and cordoned off the area. The police are currently examining the CCTV footage for clues. 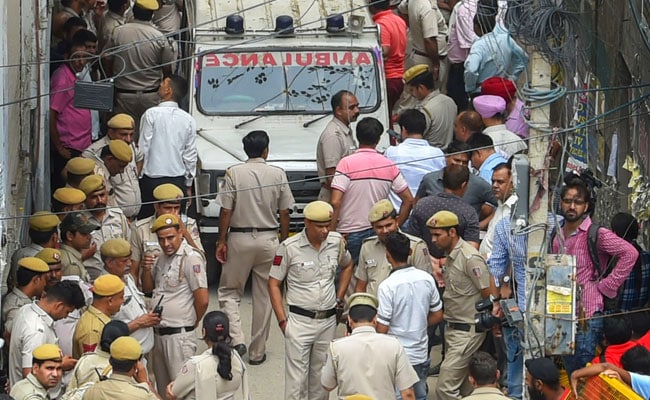 "It is a tragic incident. I have spoken to the police. Let's wait for their investigation to be over," Chief Minister Arvind Kejriwal, who visited the spot, said. Earlier, Delhi BJP Chief Manoj Tiwari as well as a Congress leader also visited Burari.

In a video posted by the ruling Aam Aadmi Party or AAP, the neighbours are heard telling Mr Kejriwal that the family was busy with wedding preparations and were looking forward to it.

Local residents of Sant Nagar, #Burari tells CM @ArvindKejriwal about the family, in whose house the tragic incident happened. pic.twitter.com/dEHNdKqJM5

The neighbour added that Bhupinder and Lalit Singh, who were brothers, were quite friendly. "They couldn't have committed suicide. I spoke to Bhupinder last night. He was very happy and there was no sign of any stress," he told news agency IANS.

A neighbor, Rajendra Tyagi, told reporters that the family was "a very satisfied one" and had no financial problems. "Even when their kids studied there were no issues of school fees. Till date, they never even had a small argument with anybody, forget about having grudges with anybody."