Vijender Gupta has been protesting against Arvind Kejriwal. 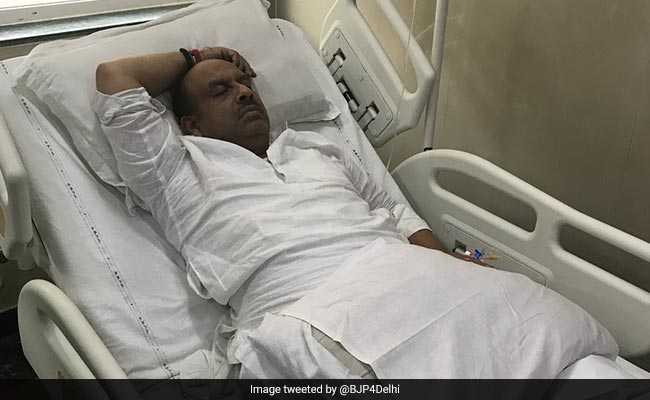 Vijender Gupta was hospitalised on Tuesday.

New Delhi: Leader of Opposition in the Delhi Assembly Vijender Gupta, who was on an indefinite hunger strike, was on Tuesday shifted to GB Pant hospital due to failing health, said Bharatiya Janata Party (BJP) leaders.

"Vijender Gupta being taken to the hospital. He was on indefinite hunger strike with us for the last five days. May God bless (Delhi Chief Minister) Arvind Kejriwal's wisdom," West Delhi BJP MP Pravesh Singh Sahib Verma said in a tweet.

Mr Gupta along with Verma, MLA Manjinder Singh Sirsa and suspended Aam Aadmi Party (AAP) MLA Kapil Mishra started their indefinite hunger strike on June 15 against the "non-performance" of the Kejriwal government and its failure in providing water to the people.