The Bharatiya Kisan Union on Monday said that the Bharat bandh is a "symbolic protest" to show opposition to Centre's policies. 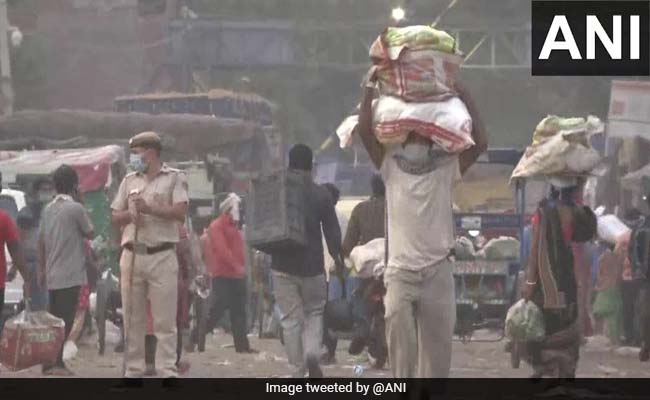 Azadpur mandi, one of the largest wholesale markets for fruits and vegetables in the country, along with all others in the national capital will remain shut on Tuesday in support of the Bharat bandh, called by farmers, its chairman Adil Ahmed Khan said.

The Bharatiya Kisan Union on Monday said that the Bharat bandh is a "symbolic protest" to show opposition to Centre's policies.

"Our protest is peaceful and we'll continue that way. Bharat bandh is a symbolic protest to register our opposition. It is to show that we don't support some of the policies of the Government of India," Rakesh Tikait, spokesperson of the Bharatiya Kisan Union, said.

Farmers protesting against the Centre''s new agricultural sector laws called for a Bharat bandh today after several rounds of talks with the government over the new farm laws remained inconclusive.

Farmer unions on December 4 decided to intensify their agitation, stating that they were not satisfied with the amendments to the agricultural legislation being proposed by the government.

"The bandh will be observed throughout Tuesday. We will also observe a chakka jam (road blockade) till 3 pm," said Darshan Pal, Punjab unit president of the Krantikari Kisan Union, had said on Monday.

"It is expected that agitating groups may sit on dharna on various roads and highways, within Haryana and block them for some time. The peak time of impact is expected to be between noon and 3 pm. There may be some disruptions on various toll plazas in the state. The major National Highways, Delhi-Ambala (NH-44), Delhi-Hisar (NH-9), Delhi-Palwal (NH-19) and Delhi to Rewari (NH-48), may also see some traffic disruptions for a short time," the travel advisory by Haryana Police read.

Farmers are protesting against the Farmers'' Produce Trade and Commerce (Promotion and Facilitation) Act, 2020, the Farmers (Empowerment and Protection) Agreement on Price Assurance and Farm Services Act, 2020, and the Essential Commodities (Amendment) Act, 2020.