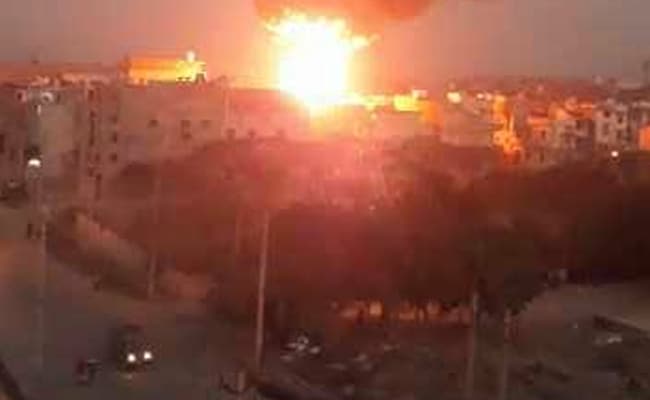 17 people were killed in a massive blaze at a firecracker storage unit in Bawana last evening.

New Delhi: Bawana is not an isolated case, but the entire national capital is a virtual tinderbox as the civic bodies have, over the years, granted factory licences violating norms, according to official records.

Ten women and seven men were killed while a man and woman were injured in a massive blaze at a firecracker storage unit in outer Delhi's Bawana industrial area last evening.

In an official order, the DPCC, which comes under the Environment Department, said the "root cause" of the proliferation of illegal industrial units was the fact that people are obtaining licences from the civic bodies, despite not having the "mandatory" consent from the pollution board.

It also reprimanded agencies such as the Delhi Jal Board (DJB), which comes under the city government, and the power distribution companies of issuing water and electricity connections to such illegal industrial units.

"Industries/units are operating both in approved industrial areas/estates/redevelopment areas and also in residential/non-conforming areas without obtaining prior mandatory consent from DPCC," says the DPCC order, dated December 22, 2017.

Under the Delhi Master Plan 2021, prepared by the Delhi Development Authority (DDA), industrial units can come up, after obtaining the mandatory clearances, only in certain approved zones.

In its order, the DPCC barred all the agencies from granting any licences or water and power connections to industrial units, in residential as well as approved areas, not having the 'Consent to Establish' from the pollution board.

"All government agencies such as municipal corporations or local bodies, discoms, Delhi Jal Board etc. shall not grant or issue any licence or permission or electricity connection or water supply connection or sewer connection to the industries or units without having consent to establish under the Air and Water acts from the DPCC," the order said.

Later, the EPCA had sought to know the total number of such industrial units operating in Delhi, but the DPCC and the municipal agencies failed to respond and had sought to pass the buck on each other.

Under the Air and Water (Prevention and Control) Act, 1981, no person without previous consent of the DPCC shall establish or operate an industrial plant in any air pollution control area (Delhi is one).

Promoted
Listen to the latest songs, only on JioSaavn.com
But this norm has been violated over the years prompting the DPCC to reiterate its position through a formal order.