Metal coated kite string may cause electrocution and can also lead to tripping if it gets entangled in overhead power lines, the discom said. 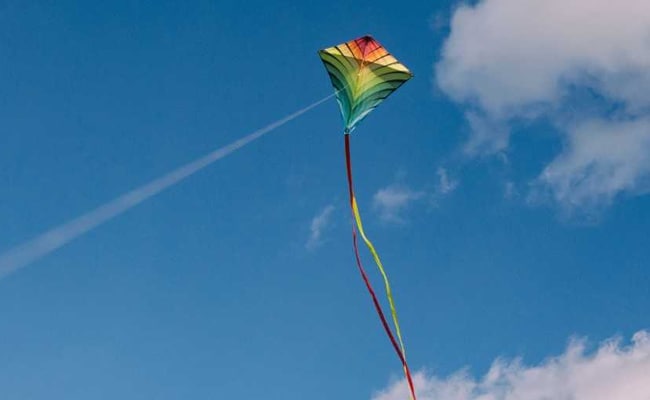 Flying kites is popular especially around Independence Day in Delhi.

Ahead of Independence Day and Raksha Bandhan, discoms in Delhi have urged people to avoid flying kites with metal-coated strings near installations, including electricity wires and poles, to keep themselves safe and prevent disruption of power supply.

Metal coated kite string may cause electrocution and can also lead to tripping if it gets entangled in overhead power lines, the discom said.

Flying kites is popular especially around Independence Day in Delhi.

It can take anywhere between 15 minutes to two hours to deal with the damage to power cables caused by flying kites, said a TPDDL spokesperson.

In their advisory BSES discoms said disrupting power supply and causing damage to power equipment is punishable under the Electricity and the Delhi Police Acts.

In the run-up to the Independence Day, BSES' Operations and Maintenance teams are on high alert to take care of any kite-flying related contingencies, they said.

"Kite flying is an integral part of the Independence Day celebrations in Delhi. Sometimes this otherwise innocent and fun activity can be hazardous, even fatal due to use of metal coated kite string," said a spokesperson of the discom.

"We advise people not to fly kites near electrical installations, including overhead cables, and certainly avoid using metal or metal-coated manjha. These two simple mantras will ensure safe I-Day celebrations," the official said.

The discoms also appealed to the parents and other elders to inform and counsel children and youngsters not to enter prohibited electrical installations to retrieve kites and follow other safety measures like using cotton thread for flying kite.