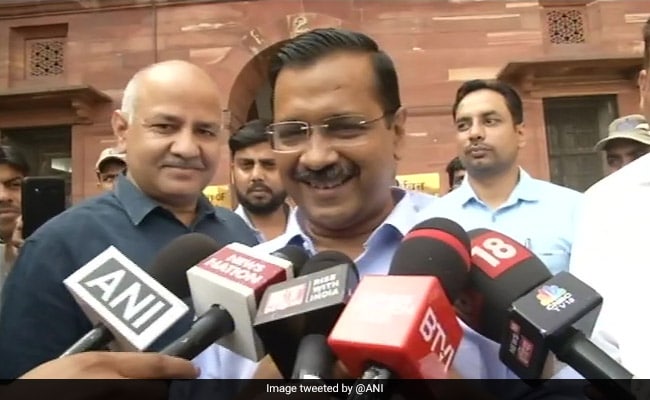 Speaking to the media after the meeting, Mr Kejriwal said he asked the Finance Minister to invest more in Delhi and the national capital would pay back in the form of taxes as it (more investment) would help boost its economy.

"Three points were discussed at the meeting. I told her that Delhi pays Rs 1.5 lakh crore as taxes to the Centre, but has been getting only Rs 325 crore since 2003. Other states are getting more despite contributing less in terms of taxes. I also asked her to give Delhi Rs 3,000 crore of the Integrated GST, pending with the Centre."

Mr Kejriwal, who met the Finance Minister at her office in the North Block along with Delhi Deputy Chief Minister Manish Sisodia, said the Centre should also grant money to the municipalities.

"Barring Delhi, the Centre is providing grants to all other municipalities," he said.

"I assured her the Delhi government will fully cooperate with the central government for the city's development. I also told her the two governments should work together for the city," Mr Kejriwal said.