The task force said while the measures already in force must continue, the enforcement on "ground needs to be stepped up particularly in hotspot areas" that are vulnerable to high pollution. 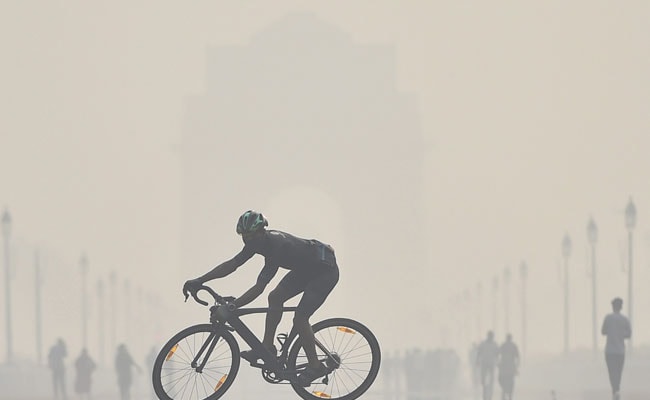 The air quality would improve slightly "provided that no additional local emissions are added".

In view of the national capital's 'severe' air quality, the CPCB-led task force has directed implementing agencies of Delhi-NCR to take action with "zero tolerance" to waste burning and construction activities.

The directions were issued at an emergency meeting of the Central Pollution Control Board-led task force on Sunday after Delhi's air quality slipped to the 'severe' category.

The task force said while the measures already in force must continue, the enforcement on "ground needs to be stepped up particularly in hotspot areas" that are vulnerable to high pollution. It also reiterated its direction for strict implementation of the Supreme Court order on bursting firecrackers.

"The implementing agencies in Delhi and four neighbouring towns of Noida, Ghaziabad, Faridabad and Gurugram to be on high alert, carry out night patrolling and take actions with zero tolerance to waste burning and construction activities," the task force said.

"The agencies must also ensure strict compliance to the orders of the Hon'ble Supreme Court regarding bursting of firecrackers," it said.

The CPCB-led task force had earlier written to the local authorities and Delhi Police and warned that instance of Diwali, when gross violation of the Supreme Court order was observed, should not be repeated.

The apex court had in October directed that bursting of crackers on Diwali and other festivals be limited to two hours and only "green firecrackers" be sold in Delhi and the National Capital Region.

The Centre-run System of Air Quality and Weather Forecasting (SAFAR) said the air quality would improve slightly "provided that no additional local emissions are added on New Year's Eve".

"The deterioration in moisture-laden wind speed from west may become fatal at this stage and any new trigger, in terms of local emission, particularly from open fires, firecrackers and (burning of) fossil fuels will fast deteriorate the air quality and keep it in the 'severe' category," it said.

The India Meteorological Department and the SAFAR said the air quality is likely to remain in the 'severe' category owing to low wind speed, which is highly unfavourable for dispersion of pollutants.

The authorities warned that moderate fog and emissions during night hours may result in deterioration of the air quality and this situation may prevail till Wednesday.