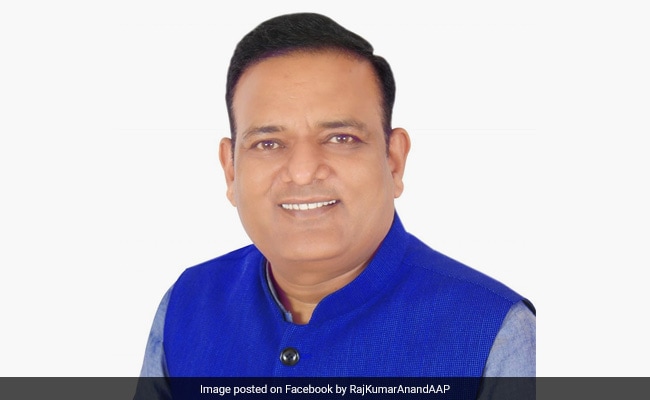 Mr Anand took charge of his office at Delhi secretariat.

Aam Aadmi Party MLA Raaj Kumar Anand was on Thursday administered oath as a minister in the Delhi government by Lieutenant Governor VK Saxena in a ceremony at Raj Niwas.

"Administered the oath of office and secrecy to Raaj Kumar Anand as minister in GNCTD. I convey my best wishes to him and hope that he will work for the betterment of Delhi and its People," Mr Saxena tweeted after the oath ceremony.

Mr Anand took charge of his office at Delhi secretariat and thanked the chief minister for being given the responsibility.

The Patel Nagar MLA was inducted into his Council of Ministers by Mr Kejriwal after Rajendra Pal Gautam's resignation.

Mr Gautam who held charge of social welfare minister resigned last month from the post after he was embroiled in a controversy over his presence in a religious conversion programme.