The police searched the auto-rickshaw and 45 packets containing a total of 93.582 kilograms of ganja was recovered, officials said. 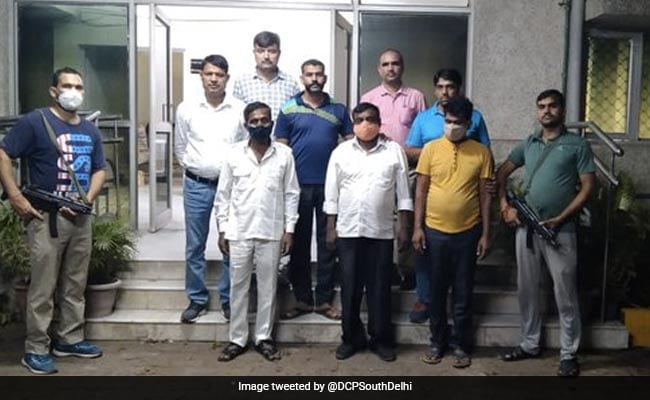 The police have arrested three men and recovered over 93 kilograms of ganja.

The police have arrested three men and recovered over 93 kilograms of ganja worth more than Rs 5.5 crore in the international market from them, officials said on Monday.

The accused have been identified as Sanjay Kumar (38) and Mohammad Israel (52), both residents of New Usmanpur, and Ram Prasad (49), a resident of Okhla Industrial Area in the national capital, they said.

On Sunday, the police received information that one an auto-rickshaw carrying a huge quantity of ganja would be delivering the contraband in Malviya Nagar here, a senior police officer said.

A trap was laid and the accused were apprehended along with the contraband, Deputy Commissioner of Police (south) Atul Kumar Thakur said.

The police searched the auto-rickshaw and 45 packets containing a total of 93.582 kilograms of ganja was recovered, they said.

During interrogation, the accused revealed that they had procured the contraband from Odisha. It was transported from the remote forest in Odisha to Delhi, the police said.

After procuring the drug, the accused stored it at a rented place near Transport Nagar in Delhi. They then used to supply the contraband according to order in an auto-rickshaw, police said.