In addition to an increase in the number of bus marshals, Arvind Kejriwal also flagged off 104 new buses last week that, he said, were a huge step towards providing safe and convenient public transport 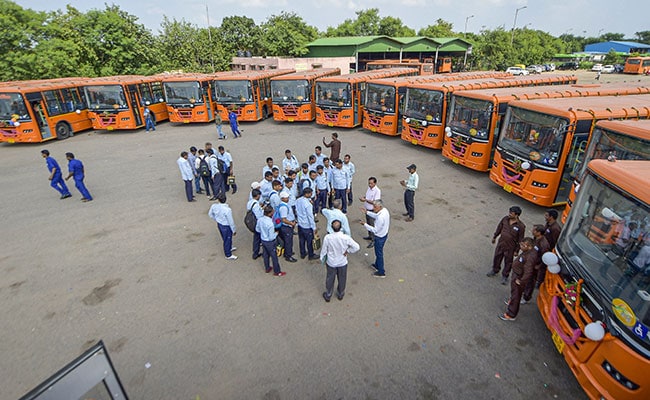 The number of marshals in public buses, who will be deployed to ensure the safety of women on board, will be increased to nearly 13,000, Delhi Chief Minister Arvind Kejriwal said today. Mr Kejriwal, who said the move highlighted his government's commitment to making the national capital safe for women, also said the extra marshals would start riding the buses from Tuesday. At present, there are around 3,400 bus marshals in Delhi.

"Today, I am entrusting you all with a responsibility to ensure safety of women in each government bus and generate confidence in them so that they feel the comfort of a home in our buses," Mr Kejriwal told a group of newly-recruited marshals at a function in Delhi's Tyagraj Stadium.

"We are committed to boost(ing) security of women in Delhi. And, I don't think the level at which we have scaled up the strength of bus marshals, it has been done in any city in the world," he added.

The Chief Minister's announcement comes a day before his Aam Aadmi Party (AAP) is to roll out a scheme that makes travel on Delhi Transport Corporation (DTC) buses free of cost for women.

"On the day of Raksha Bandhan, I want to give (a) gift to our sisters that there will be free rides for women on all DTC (Delhi Transport Corporation) and cluster buses from October 29, which will ensure their safety," Mr Kejriwal was quoted by news agency PTI last month.

In addition to the increase in the number of bus marshals, the Chief Minister also flagged off 104 new buses last week. Mr Kejriwal, who was at a bus depot in the Dwaraka neighbourhood of Delhi, said the new buses (and services) were a huge step towards providing safe and convenient public transport.

The buses feature modern technology, including CCTV cameras and panic buttons for women's safety, and hydraulic lifts for differently-abled passengers. The Chief Minister also said that a further 1,000 low-floor AC buses, suitable for boarding and alighting of differently-abled persons, elderly persons, children, and women, were being inducted into the cluster scheme. 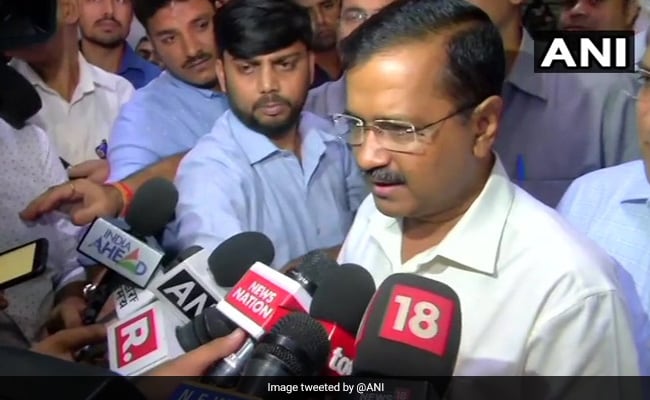 In June, with Assembly elections due in Delhi next year, the AAP government said it planned to make metro and bus rides free for women, in a bid "to encourage them to use public transport" for their safety.

The announcement sparked an argument over who would bear the cost of the free travel, with Mr Kejriwal declaring his government would shoulder the Rs 700 crore expense. He also said those who could afford to buy tickets would be encouraged to do so.

Mr Kejriwal today reiterated his government's position on bearing the expense, saying that as the "elder son this family" he would bear the cost.

In its response to the June announcement, the BJP said the Chief Minister had "lost his mental balance".