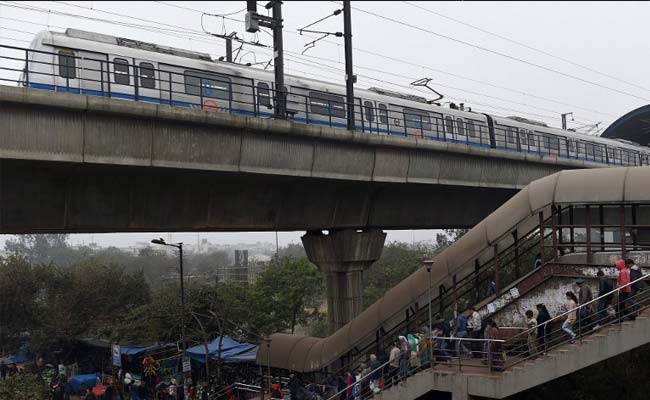 His body was spotted today by an auto-rickshaw driver who informed police and the body was fished out of the canal near the metro station. (File photo)

New Delhi: An 11-year-old boy who had gone missing since Tuesday, was found dead under mysterious circumstances in a canal near New Ashok Nagar Metro Station in east Delhi on Wednesday morning, police said.

The boy, a resident of Kondli locality, had gone along with his family to his aunt's wedding in Trilokpuri area from where he went missing around 4 pm on Tuesday.

His relatives lodged a missing complaint at Mayur Vihar Police Station and a thorough search operation was conducted in the area, a senior official said.

His body was spotted today by an auto-rickshaw driver who informed police and the body was fished out of the canal. The boy's clothes were found hidden in bushes, around a few hundred metres away, raising suspicion about alleged sexual assault, the official said.

"It is also possible that the boy left his clothes there and dived into the canal for a bath. It is very important to know who he was last seen with, for which the police are questioning relatives and guests at the marriage function," the official said.

He further said the cause of death could not be ascertained so far. No conclusion can be drawn unless the autopsy report is obtained.

The boy's parents told police that they doubt their son was killed and then thrown into the canal. They claimed to have seen blood oozing out of his nose while the body was being fished out.

A probe into the matter has been initiated and investigation is underway, the official said.