Woman journalist, shot in Arunachal Pradesh, now out of danger 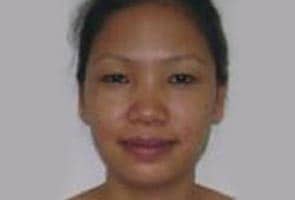 Itanagar: A woman journalist, who was shot at by unidentified men outside her office in Itanagar in Arunachal Pradesh on Sunday, is said to be out of danger. No arrests, though, have been made so far in the case.

Tongam Rina, working with the Arunachal Times, was critically injured after being shot from close range while entering her office at about 6.15 pm, police said.

Her backbone and intestines were affected by the bullets, police said.

Promoted
Listen to the latest songs, only on JioSaavn.com
Chief Minister Nabam Tuki had rushed to the Ramakrishna Mission Hospital where Ms Rina was brought to. She was undergoing an operation at the time.

34-year-old Rina is the associate editor of Arunachal Times, a popular daily and the first English newspaper of the state owned by former chief minister Gegong Apang.