Samajwadi Party members created an uproar over what they termed as deteriorating law and order situation in the state. 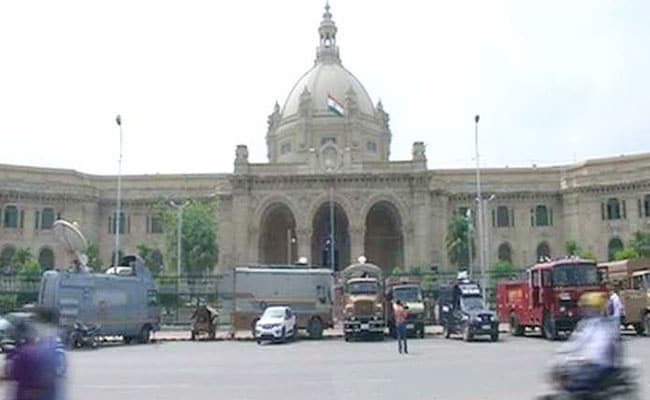 The Upper House of the Uttar Pradesh legislature witnessed chaotic scenes on the first day of the monsoon session today with a determined opposition forcing adjournment of the legislative council soon after it met.

Samajwadi Party members created an uproar over what they termed as deteriorating law and order situation in the state.

They referred to the gunning down of 10 people over land dispute in Sonbhadra on Wednesday and killing of two cops by criminals in Sambhal to free three undertrial prisoners.

As tempers ran high, the Chair adjourned the House for 30 minutes as a result of which the questions listed for the day could not be taken up.

Before the House met, Samajwadi Party legislators staged a sit-in in front of the Chowdhury Charan Singh statue in the Vidhan Bhawan premises.

(Except for the headline, this story has not been edited by NDTV staff and is published from a syndicated feed.)
Comments
Samajwadi PartyUttar Pradesh legislature