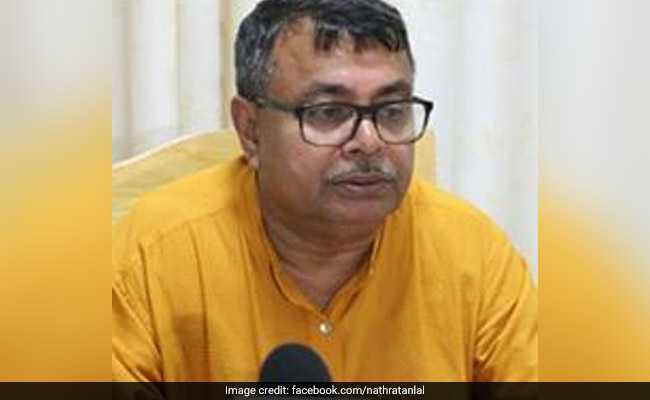 "I had only echoed the voice of the parents. I do not find anything wrong in it," says Minister

Tripura Law Minister Ratan Lal Nath today defended his remarks on "organ harvesting" from an 11-year-old boy and claimed that his comments had not led to the recent incidents of lynching in the state over child-lifting rumours.

The body of an 11-year-old boy with deep wounds on the neck and back was found from the Bhumiheen Colony of Mohanpur sub-division in West Tripura district on June 27, a day before the lynching incidents took place.

Mr Nath, the Mohanpur MLA, had visited the bereaved family the same day and said the wounds on the body of the boy suggested that his kidneys were extracted.

"Had I not said the boy's kidneys were extracted, there could have been a riotous situation in the area. It could have led to a commotion, which would have been difficult for the police to control," the minister said today, adding that rumour-mongering and the subsequent lynching incidents were not the result of his comments.

"Yes, I had said the wounds on the boy's body suggested that his kidneys were extracted. This was also the view of the boy's family members, including his parents.

"I had only echoed the voice of the parents. I do not find anything wrong in it," Mr Nath told PTI over phone from Manipur.

Incidents of lynching and thrashing over rumours have been reported from various states, including Assam, Jharkhand, Maharashtra, Chhattisgarh, Gujarat and Telangana, in the recent past.

Mr Nath alleged that the lynching cases were the "handiwork of the opposition CPI(M)" to "tarnish" the image of the BJP-IPFT government, which had been providing good governance during its three-month rule in the state.

He claimed that it was the "blueprint of the CPI(M)" to further their political interest, adding that the BJP's Yuva Morcha had taken up a campaign to face the situation politically and keep the Left party away from gaining any political mileage.

The minister also alleged that those arrested in connection with the lynching incidents were mostly CPI(M) activists.

A man hired by the Tripura Information and Culture Department to spread awareness against rumour-mongering, an unidentified woman and a hawker hailing from Uttar Pradesh were beaten to death on the suspicion of being child-lifters in three districts of the state on June 28.

The opposition CPI-M and Congress had alleged that the mobs were charged because of Mr Nath's "baseless" comment on "organ harvesting" and that he was liable for the three deaths.

CPI(M) spokesperson Goutam Das had said the law minister should be held responsible for rumour-mongering. "How can a minister make such claims without verification? He should take moral responsibility and resign. Otherwise, the chief minister should sack him," the Left leader had said.