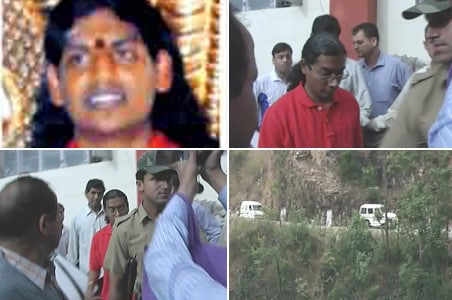 Bangalore: He has been charged with multiple crimes. Among them rape and unnatural sex. But as investigation continues into the charges against the controversial Bangalore godman Swami Nityananda, it has emerged that the swami would make followers sign a "sex contract" at the time of joining to indemnify him from legal action. (Read: Did Bangalore Sex Swami stage-manage his arrest?)

This document says followers should be ready for experiences of a sexual nature and that no law suit should be brought against the sect or its leader.

It also says: "By reading and signing this addendum, Volunteer irrevocably acknowledges that he/she is voluntarily giving his unconditional acceptance of such activities and discharges the Leader and the Foundation, and anyone else not specifically mentioned here but directly or indirectly involved in the organization, management or conduct of any such programs from any liability, direct or indirect, arising from such activities."

His lawyers will move court for bail today.

A team of CID officials is all set to interrogate the godman, who also faces charges of fraud and hurting religious sentiment. In March, sex videos featuring the swami and a Tamil actress created a furore in Karnataka and Tamil Nadu. He had been missing ever since the video was broadcast by television channels. (Read: Bangalore police on Nithyananda's arrest)

The law finally caught up with 32-year-old Rajendran, or Swami Nithyananda, after 50 days of his having gone missing.  (Read: 'Sex Swami' Nithyananda arrested in Himachal)

Promoted
Listen to the latest songs, only on JioSaavn.com
The swami and his associates were arrested at a small village in Solan district in Himachal Pradesh. Soon after Nityananda was being taken to jail and on the way was even attacked by a teacher armed with a slipper. (Read: Chappal offering for 'sex swami')

However, Nityananda's lawyer, Chandrashekhar says, "He was not absconding. As anticipatory bail petition was pending, he was away from the ashram." The swami has 11 ashrams all over the country and claims to have over 2 million followers worldwide. (Read: Did Bangalore Sex Swami stage-manage his arrest?)