Singer Alleges Harassment By Policemen At Musical Programme In Bengal

In her first Facebook live post on November 10, after leaving the venue, the singer claimed that she was in danger. 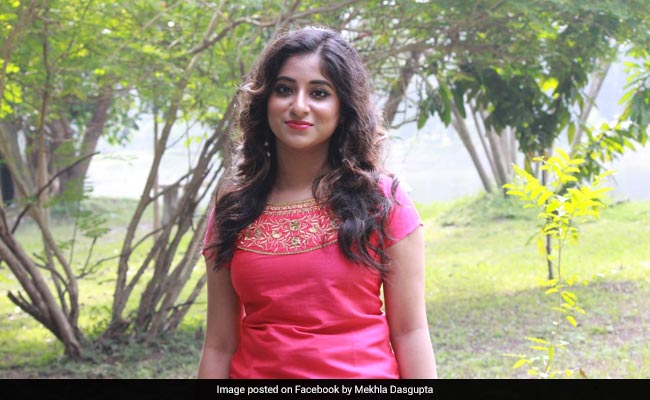 The singer said that the riled officers hurled abuses at her

A singer, who shot to fame as a reality show participant, has alleged that police constables and civic volunteers harassed her when she was performing at a cultural function in Bengal's West Midnapore.

Narrating her ordeal on Facebook, Mekhla Dasgupta said she felt unsafe at the programme, which was organized by Danton police station in the district, and had to be escorted out by the sponsors.

Ms Dasgupta apologized to her followers for going live on social media "unannounced". In her first Facebook live post on November 10, after leaving the venue, the singer claimed that she was in danger.

"I have gone live without announcing, because I am in great danger. I am returning now, but with great risk to my life... I am not sure if I will be able to return home safely," she said.

"When I began the first song, I heard a group of men screaming, 'this won't do, sing dance songs'. So I changed and sang a few fast-paced tracks. I think a lot of them were a little drunk..." Ms Dasgupta said.

She also claimed that one of the organisers had asked her to move to the left part of the stage as "respected police officers were sitting there".

"There were constables and some mid-ranking police officers... their demands were not only should I sing peppy numbers, I should go near them to make them dance," she said.

The singer, who is in her early 20s, went on to add that the riled officers hurled abuses at her when she refused to oblige.

A district police officer, who did not wish to be named, confirmed that the crowd had requested the singer to belch out dance numbers.

"As she did not pay heed to every request from the audience, an argument broke out between her and a section of the crowd," he said.

Ms Dasgupta was escorted out of the venue by the inspection in-charge of Danton police station, the officer said, adding that a probe into the allegations made by the singer is underway.