Samajwadi party leaders and workers gathered at the party office in Gorakhpur this morning and demanded action against those responsible for it. 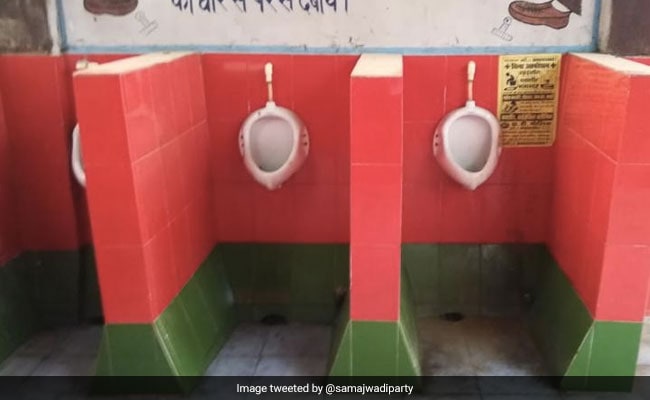 The Samajwadi Party has objected to red and green tiles being used at a toilet at a railway hospital in Uttar Pradesh's Gorakhpur and said it was an insult to its party flag bearing the same colours.

Samajwadi party leaders and workers gathered at the party office in Gorakhpur this morning and demanded action against those responsible for it.

Red and green tiles have been used in the toilet at Lalit Narayan Mishra Railway Hospital in Gorakhpur in Uttar Pradesh, a party leader said.

"We will not tolerate such insult to our party flag and we demand the railway administration change it and the district administration act against those behind it. The toilet was constructed 3-4 months ago, but it came into our notice on Wednesday," SP district president Ram Nagina Sahini said.

Mr Sahini said they will take to the streets if their demands are not met.