Tourists from across the world come to stay at the Tent City, having around 350 tents, during the ''Rann Utsav'', a music and dance carnival celebrated between December and February. 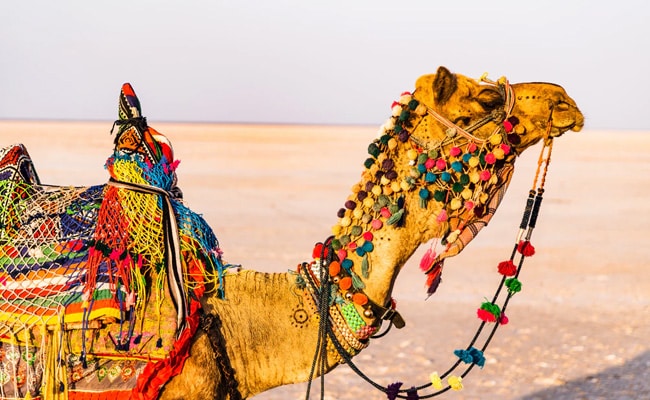 Tourists from across world come to stay at Tent City during Rann Utsav. (Representational)

Two tents were destroyed in a minor fire on Thursday morning at the ongoing ''Rann Utsav'' in Tent City, a famous tourist destination in Gujarat's Kutch district, a fire official said.

While there was no casualty, an NRI family claimed to have lost all their belongings in the mishap.

Some tourists who had booked the tents claimed that short-circuit in a water heater may have caused the blaze, the official said, adding that an inquiry was on to ascertain the exact cause of the fire.

"Two tents were gutted in a fire at the Tent City in the morning. No one was injured in the incident as the occupants were out for breakfast. Our fire engines stationed at the Tent City brought the blaze under control," fire officer Anil Maru said.

The Tent City, run by a private operator selected by the Gujarat government, is situated at Dhordo, a remote village around 80 km from Bhuj town in Kutch.

Tourists from across the world come to stay at the Tent City, having around 350 tents, during the ''Rann Utsav'', a music and dance carnival celebrated between December and February.

While no one was injured, an NRI family claimed they lost all their belongings in the fire.

The family members also claimed that at least four tents were destroyed in the fire.

"The fire completely destroyed four tents. No one from the management made any efforts to douse the fire. We lost all our clothes, valuables, credit cards, driving licenses and two passports," a member from the NRI family said.

(Except for the headline, this story has not been edited by NDTV staff and is published from a syndicated feed.)
Comments
Rann UtsavRann Utsav In GujaratFire in Rann Utsav