Harinder Kukreja the bakery owner who has been making the chocolate made-idol for past four years said, "It took 3 days to make it" 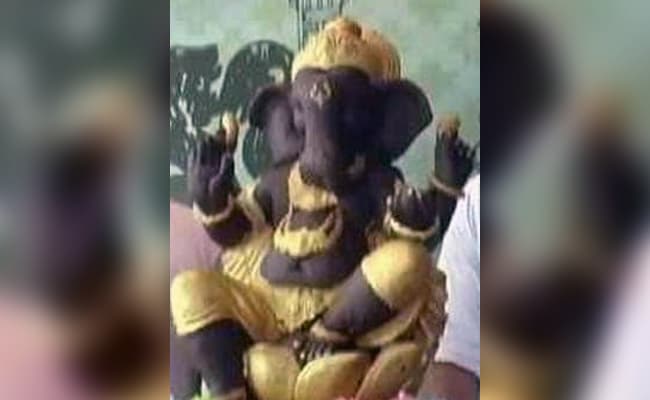 In an example of harmony set during the Hindu festival of Ganesh Chaturthi, a Muslim man, under the guidance of a Sikh bakery owner, has prepared a Ganapati idol with 106 kg Belgian chocolate in Ludhiana.

Harinder Kukreja the bakery owner who has been making the chocolate made-idol for the past four years said, "It took 3 days to make it and instead of emitting it in water, we will immerse it in milk and make chocolate milk and distribute it to poor children."

He further added, "To spread the message of peace and harmony, this project was especially given to a Muslim artist, who fashioned out a beautiful idol with chocolate."

Varsha, a devotee said that she has come to see Ganesha made of special chocolate that is seen almost nowhere, the best thing about this idol is that it does not create any pollution as compared to other Ganesha idol which is made of plaster of paris (POP) and plastic.