A large number of Muslim women participated in the felicitation on Wednesday. 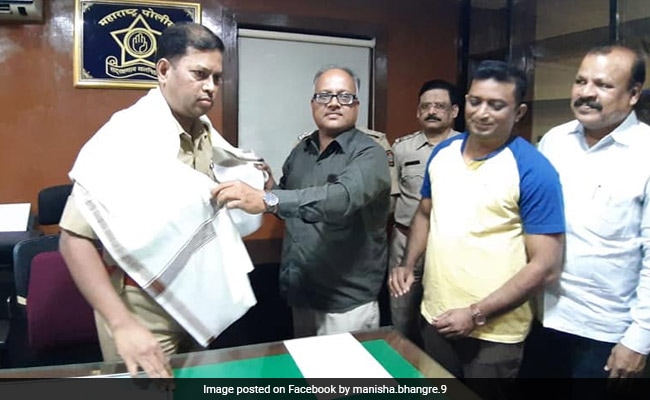 Rajkumar Shinde was felicitated with "shawl" and a coconut

Residents of Bhiwandi near Mumbai on Wednesday felicitated a police officer for his deft handling of a huge protest march against the Citizenship (Amendment) Act (CAA) last week.

Deputy Commissioner of Police Rajkumar Shinde was felicitated in the traditional Maharashtrian way, with gift of "shawl" and a "shri-fal" (coconut).

Bhiwandi, a hub of the powerloom industry in the Thane district, is considered communally sensitive and has witnessed major Hindu-Muslim riots in the 1970s and 1980s.

Nearly one lakh people came out on the streets last Friday after namaz and took part in a protest march against the CAA and the proposed National Register of Citizens (NRC).

But the protest passed off peacefully, ending after a memorandum was submitted to the local authorities.

A large number of Muslim women participated in the felicitation on Wednesday. Some of them spoke on the occasion, praising Mr Shinde and the police force.

Talking to reporters, Mr Shinde said the police were being praised on social media too.

The officials meticulously planned the security and used drones, CCTVs, and public address system to keep a watch and manage the crowds, he said.

Police communicated with protesters, assuring them that they will get full cooperation, he said.

The controversial Citizenship (Amendment) Act sparked off nationwide protests. The Act's critics allege that it discriminates against Muslims and violates the principle of secularism.