Curfew was imposed in various parts of the state which prohibits the assembly of four or more people in an area. 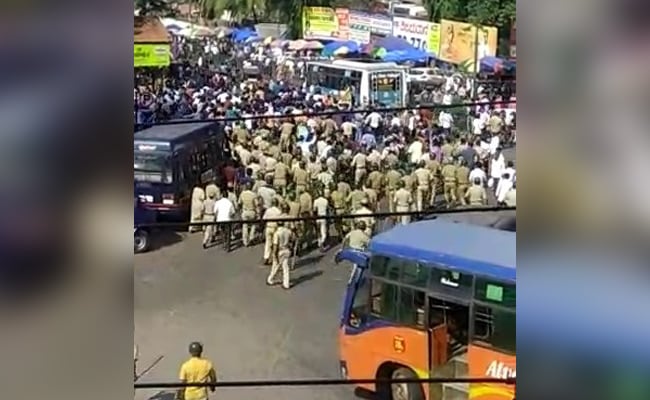 The situation in Mangaluru is being closely-monitored as curfew will be imposed on December 23.

The Karnataka State Road Transport Corporation on Sunday resumed bus services after violence took place during the protests against the Citizenship (Amendment) Act in Mangaluru.

The situation is being closely-monitored as curfew would come into effect from December 23 in Mangaluru.

Karnataka Chief Minister BS Yediyurappa on Saturday said curfew in Bengaluru will be relaxed during day-time on Saturday.

According to the Karnataka State Road Transport Corporation (KSRTC), vehicle operation started in the morning in Mangaluru division, except Mangaluru to Kasaragod sector after consulting police officers. Last night 50 vehicles operated with the same instructions and protection.

Requisite security measures have been put in place in Mangaluru in view of the protests against the Citizenship (Amendment) Act.

The curfew restriction was relaxed in parts of the state after vehicular movements were observed on Sunday morning.

On Thursday, curfew was imposed in various parts of the state, which prohibits the assembly of four or more people in an area.

Earlier this week, two people were killed in the alleged police firing after protests against the new citizenship law turned violent in Mangaluru.

The notice was issued to Siddaramaiah by the city police which stated disruption of "law and order situation" as a reason for barring him from entering Mangaluru.