Rajendra Dongre lost his balance and fell on the road when his two-wheeler skidded over a pothole on Ambadi bridge and rammed into a road divider. 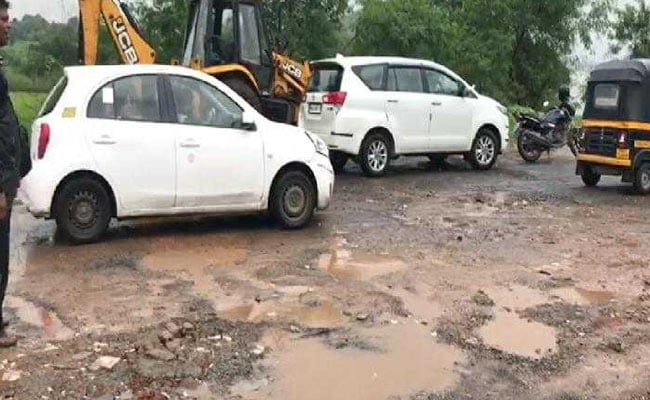 A 42-year-old man died after he fell off his scooter when it hit a pothole and rammed into a road divider in Maharashtra's Thane district, police said on Monday.

The incident took place on Sunday evening when Rajendra Dongre was going from Bhiwandi town to his home in Wadataluka, an official at Ganeshpuri police station said.

Mr Dongre lost his balance and fell on the road when his two-wheeler skidded over a pothole on Ambadi bridge and rammed into a road divider.

He received severe injuries in the mishap and died on the spot, the official said, adding that a case of accidental death was registered.

Earlier this month, a 21-year-old woman doctor died after being run over by a truck when she fell off a two-wheeler as it slipped on a pothole in Bhiwandi.

The Shramjeevi Sanghatana, a local outfit working for tribal welfare, expressed concern over such incidents. Its youth wing president Pramod Pawar said the pothole-ridden roads in Bhiwandi claimed several lives this year, and blamed the contractor for shoddy repair work. "We want safe roads, specially between Wada and Bhiwandi," he said.

COVID-19 Vaccine Must For Access To Private Establishments In Ahmedabad