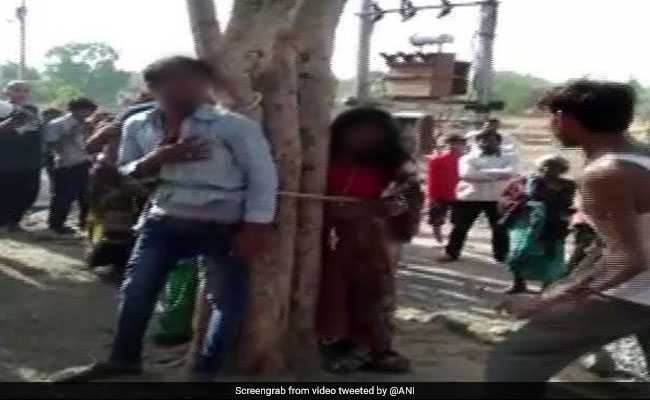 The incident was reported in Dhar's Arjun Colony.

A man in Dhar district of Madhya Pradesh and his two cousin sisters, one of them a minor, were tied to a tree and beaten for several hours after he allegedly ran away with a married woman. The two sisters were also allegedly sexually assaulted by the accused, including the husband of the married woman, said police.

The man, who was tied up and thrashed, had eloped with the wife of a local, Mukesh, police said. After the two eloped, Mukesh called up the man to "settle the issue" at his house in Arjun Colony in Dhar district, about 200 km away Bhopal, the state capital.

Instead of talking to him, Mukesh tied him and his two sisters, who were with him, to a tree and thrashed them with sticks.

Several locals watched as the three people were beaten. Some of them even recorded the assault. In a video, that has gone viral on social media, the accused can be seen beating the man and his sisters as they shout in pain. One of the clips of the incident also shows a woman from the crowd shouting at one of the sisters and pulling her hair.

Five people, including Mukesh, have been arrested in the case. "A minor was also beaten. A case has been registered under various sections of the Indian Penal Code and POCSO act. Five people have been arrested, and rest of them will also be arrested soon," Sanjeev Mule, City Superintendent Of Police, Dhar, said.