Leopard Cub Dies After Being Dragged, Thrashed By Villagers In Maharashtra

A video of the incident, at Koylari village near the Navegaon-Nagzira Tiger Reserve in Gondia forest division of Vidarbha region, has gone viral on social media platforms. 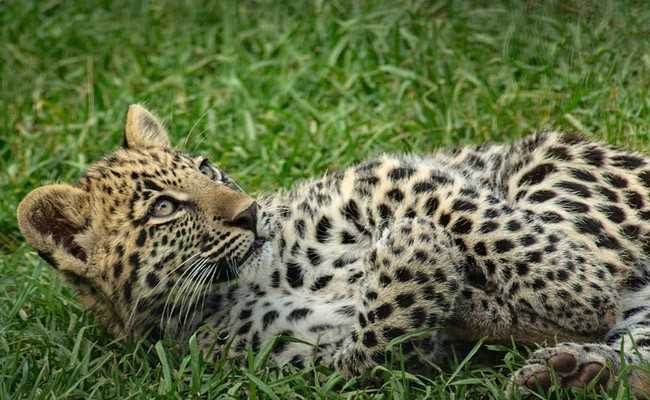 Six-month-old leopard cub, which was dragged and injured by locals. (Representational)

In a shocking incident, a six-month-old leopard cub, which was dragged and injured by locals in Maharashtra, has succumbed to the assault.

A video of the incident, at Koylari village near the Navegaon-Nagzira Tiger Reserve in Gondia forest division of Vidarbha region, has gone viral on social media platforms.

Forest officials said three persons have been held in connection with what appears to be a barbaric torture of the wild cat.

The weakened cub, which was rescued on January 6, died the next day during treatment at Kohmara village, an official said.

Some local villagers abused the cub by dragging its tail and dumping it on ground in an open area in the forest, the official said. They clicked pictures and took 'selfies' while the dehydrated cub lay on the ground, he added.

The viral video shows villagers assaulting the hapless cub and a villager dragging it across the open field and flinging it around.

Gondia deputy conservator of forest Yuvraj S told PTI that on receiving information about the leopard cub being thrashed by locals, forest officials rushed to the injured spot and found it unconscious.

"We immediately provided necessary medication to the injured cub, which was suffering from diarrhoea, and kept it under observation," he said.

"During a search in the area, we also found a sub-adult leopard, aged around one-and-a-half years. We took it under our care and provided necessary medication, after which it was released in the forest," he said.

Asked about action against the perpetrators, he said based on videographic evidence, three persons were arrested and are now in police custody.

The three were identified as Prakash Puram, Lokesh Jhade and Asif Sheikh. They were produced in a local court and sent to police custody till Friday.

Another forest official said locals who indulged in the gruesome act clicked 'selfies' with the cub and later uploaded them on social media sites.